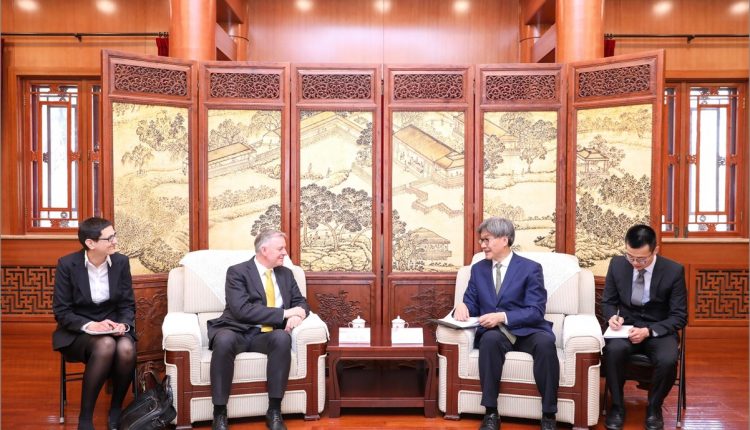 Wang Bo, vice president of Peking University, met with the delegation. Wang extended warm welcome to Stift for his visit to Peking University on the occasion of the 50th anniversary of the diplomatic ties between China and Austria. He said Peking University has always been strengthening Austrian studies and promoting people-to-people exchanges. He also expressed hopes to further expand cooperation in scientific research and advance exchanges with Austrian universities.

Stift expressed his appreciation to Peking University for the gracious invitation. He said the beautiful PKU campus and the vigorous academic atmosphere are impressive. He also noted that China and Austria enjoy huge potential for deeper exchanges in education and research.

After the meeting, Stift delivered a keynote speech entitled “Fifty Years of Diplomatic Relations between Austria and China from the Perspective of Cultural Exchanges”. He reviewed the long-standing friendship between the two countries and spoke highly of the fruitful achievements the bilateral relationship has produced in the past 50 years. Although the coronavirus pandemic has reduced communication between the two peoples to some extent, the rapid development of information technology has enabled smooth and efficient interaction. He hopes that, in the future, both countries can maintain friendly communication and cooperation in every aspect.

After his talk, Stift also exchanged views with PKU faculty members and students during an in-depth discussion.