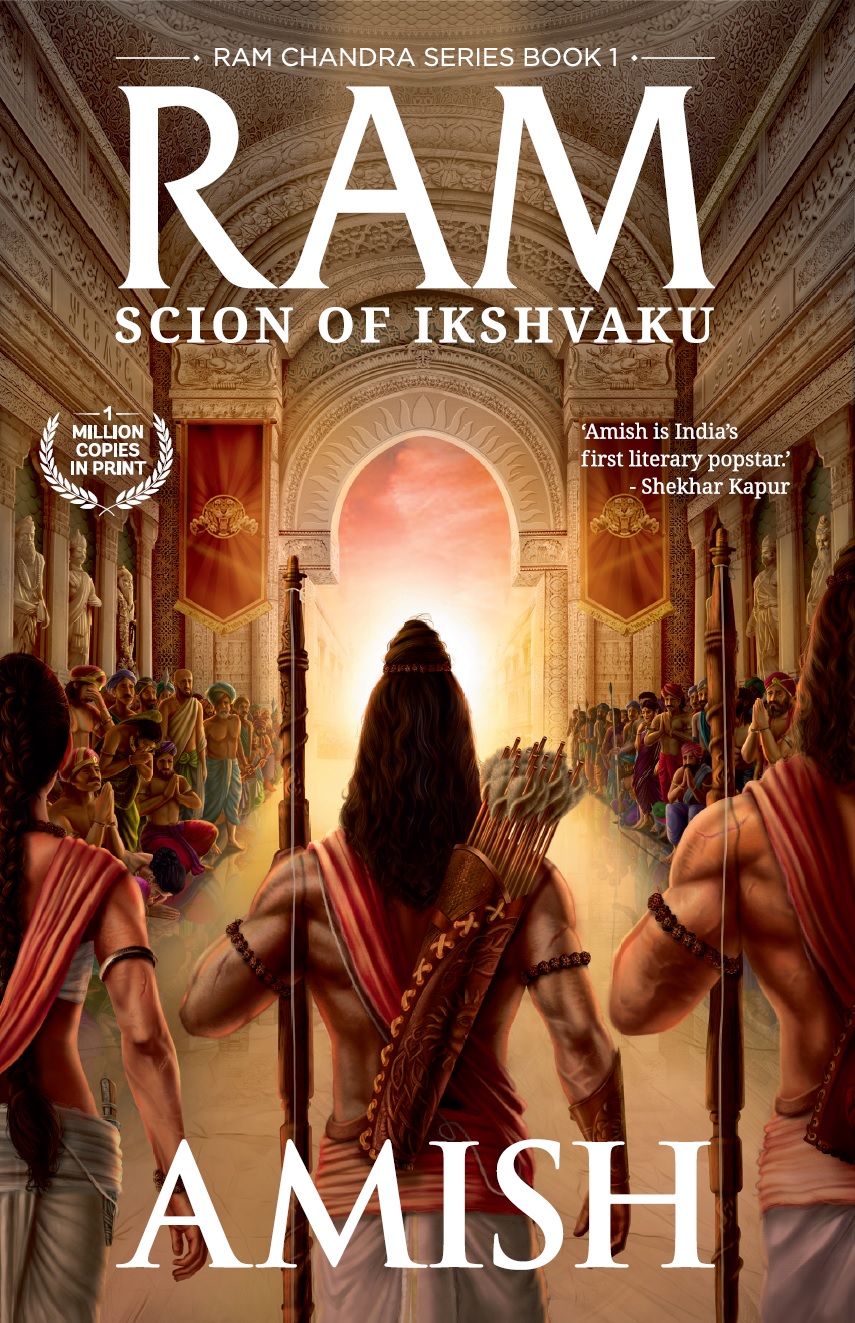 Published by Westland (an Amazon company), the book has also been retitled as Ram – Scion of Ikshvaku. It has been ranking in the Top 10 charts of several bestseller lists since the time of its release in 2015.

Speaking at the launch, Amish said: “The multi-linear narrative structure of the first 3 books of the Ram Chandra Series is much better communicated through the book titles being based on the lead characters of that book. We realised that we should make the title for Scion of Ikshvaku also in line with Sita-Warrior of Mithila. And since we were changing the title of the book to Ram-Scion of Ikshvaku, we thought it’s a good idea to make a new cover as well. I’m delighted with the high quality cover which Team Oktobuzz has made.”

Ram – Scion of Ikshvaku captures Lord Ram’s journey right from his childhood till the abduction of Lady Sita, and the new cover depicts the heart-rending scene of Lord Ram, Lady Sita and Lord Lakshman leaving Ayodhya for exile.

The Ram Chandra series has a multi-linear narrative, which means the first three books conclude at the common episode – the abduction of Lady Sita. The retitled book aligns itself with Sita – Warrior Of Mithila (Book 2 of the Ram Chandra series), that captures Lady Sita’s journey right from her childhood until her abduction.

Readers can now look forward to the upcoming Raavan – Orphan Of Aaryavarta (Book 3 of the Ram Chandra series) as they read the gripping tale of Raavan right from his childhood till the abduction of Lady Sita, which will release later in the year.

The new cover of Ram – Scion of Ikshvaku has been designed by Oxtobuzz and the book is now available for sale at online or offline bookstores.