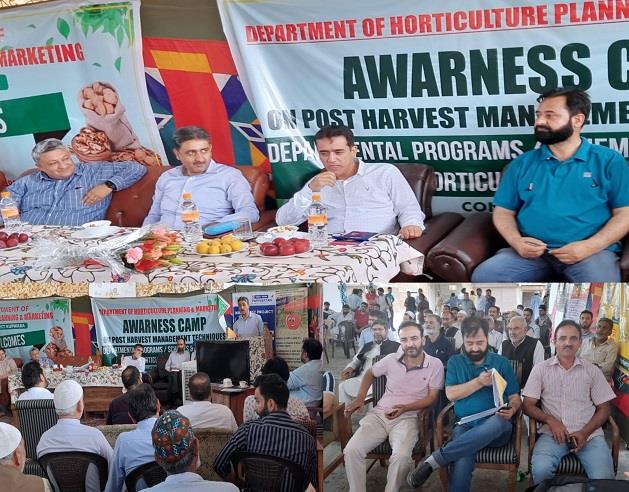 On the occasion, Assistant Labour Commissioner Kulgam, Dr Adnan Tariq underlined the need for both employees and employers to strictly follow the Labour Laws in letter and spirit.

He stressed upon the establishments that service benefits as envisaged under ISM Act be extended in full to the migrant labourers working in various small and big establishments across the district.

The Assistant Labour Commissioner also directed the establishments where ISM workers are working to ensure their registration under ISM Act and uploading information of these migrant workers on the website of the department on time.

The other Officers of the Labour Department deliberated on the provisions of various Labour Laws and Social Security schemes while Advocate from DLSA Kulgam deliberated on Inter-state Migrant Act and representative of ICPS deliberated on Child Labour Act.

Panel Lawyer of DLSA, Trade union representatives, Inter-state Migrant workers and other unorganised workers were present on the occasion.

The awareness programme ended with an interactive question and answer session.

University of Zurich: Global Spread of Powdery Mildew through Migration and...