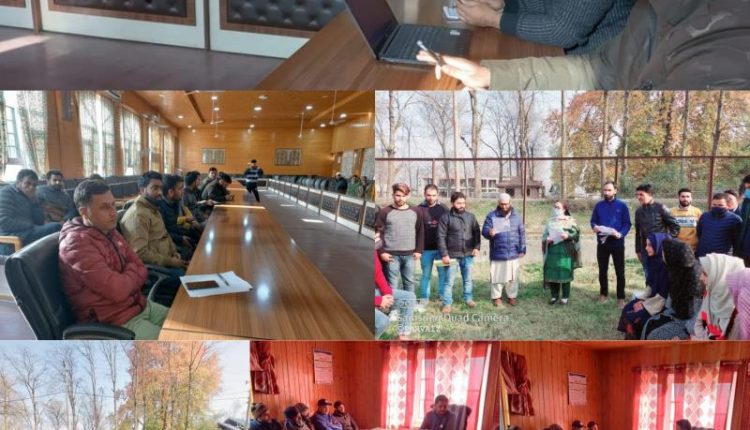 The programmes were held on the directions of Deputy Commissioner (DC) Bandipora, Dr Owais Ahmad in Sumbal and Gurez Sub Divisions.

The main program was held at Bandipora Block headquarter wherein the DC interacted with public and representatives of Panchayat Raj Institutions and raised awareness about the initiative.

The programmes were held with all concerned stakeholders viz Revenue Staff, PRIs, Lumbardars, Chowkidars and other participants wherein details about working and benefits of the portal were presented and live demonstration of the working of the portal was also presented.

They said users can search and view copies of Scanned data of their land records online on CIS Portalhttp: //landrecords.jk.gov.in/.

Officers informed that the initiative will facilitate easy online access to the Land Records System, thereby reducing manipulation of the Land Records and improving the efficiency of Revenue offices substantially.

The programme aims to modernize management of land records, enhance transparency in the land records maintenance system, thus reducing scope of land/property disputes, and facilitate conclusive titles to immovable properties in the country.

The major components of the programme include computerization and digitization of land records, Survey/resurvey and updation of all survey and settlement records, Integration of property registration with land records and cadastral maps for enhancing authenticity and security of data, bringing utmost transparency in the system, Capacity building, and development of Land Records Information System.