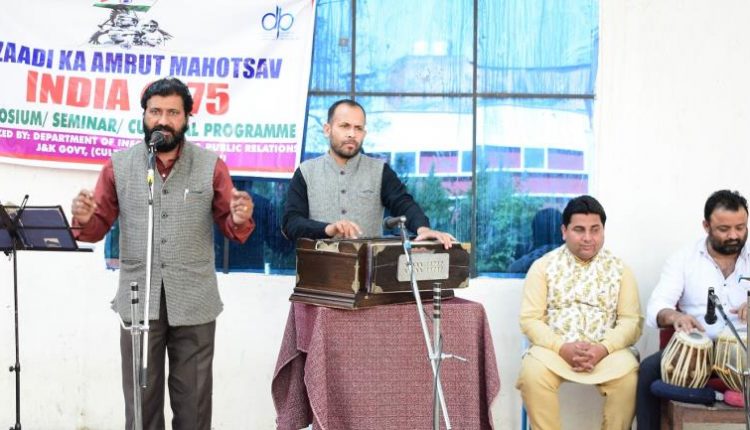 Principal of the host college, Dr. S.P Saraswat was the chief guest on the occasion.

The Chief Guest lauded the efforts of the Cultural Wing DIPR Jammu for organizing the event of great importance in his institution. He urged for holding more such programmes in the institutions in near future.

The students of the host college also presented a cultural programme on the theme depicting rich folk culture, which was highly applauded by the audience.

The proceeding of the programme was conducted by senior artist of the cultural wing DIPR, Suresh Kumar.