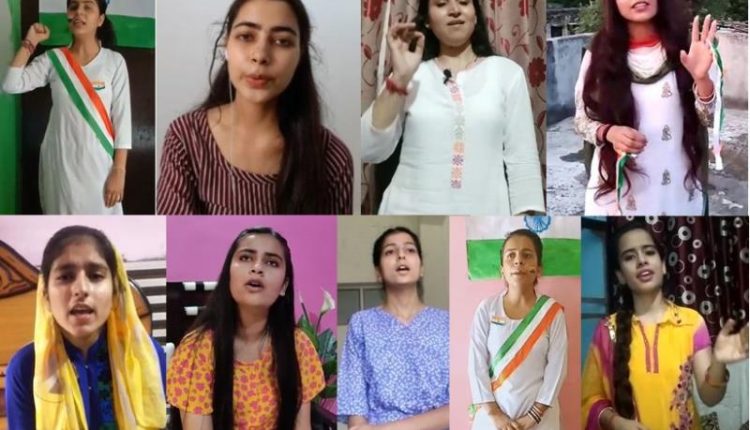 Principal, Government College for Women, Udhampur, Prof. Minu Mahajan was the Chief Guest on the occasion.

Prof. Minu Mahajan highlighted the cause behind celebrating the ‘Azadi Ka Amrit Mahotsav’. She said that Azadi ka Amrit Mahotsav is a Jan Mahotsav to highlight the contribution of every section of society in India’s Freedom Struggle.

Prof. Mahjan informed that the Government College for Women Udhampur is organizing Week Long special events to mark the celebrations under the aegis of ‘Azadi Ka Amrit Mahotsav’ in the college campus and pay tribute to the heroes of Indian freedom struggle.

Students from various colleges participated in the solo song competition and sang very beautiful patriotic songs to pay tributes to the freedom fighters of India.

Later, the department of Music also distributed e-Certificates among the participants of the competition.

Earlier, HOD Music, Associate Prof. Dr. Seema Sharma gave a brief resume of the activities being carried out by the Department from time to time, especially for celebration of Azadi Ka Amrit Mahotsav India@75.