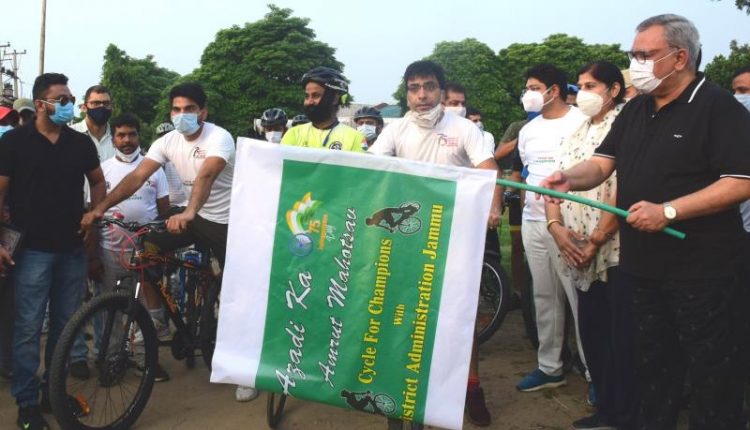 Deputy Mayor JMC, Purnima Sharma, was the guest of honour on the occasion.

Advisor appreciated the participants for taking part in the event and hoped that young generation will work with devotion towards building a strong nation.

The motive behind organizing such rallies is to educate the school going students as well as the general public to know about the history of our freedom fighters who sacrificed their lives for the cause of the nation.

The district administration had made all requisite arrangements to ensure a safe and successful conduct of the rally especially in the wake of Covid-19.