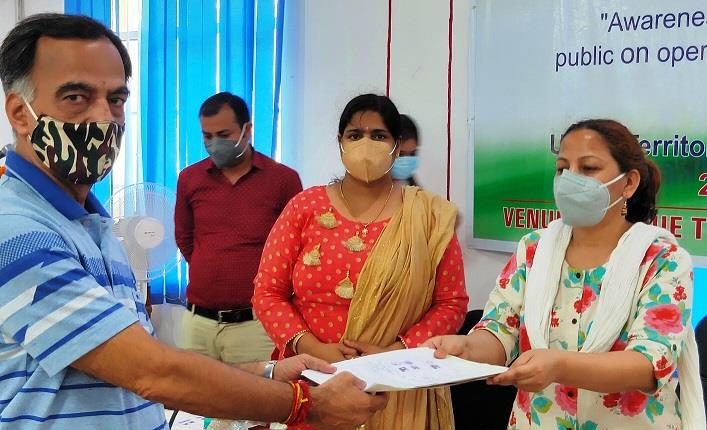 The aim of the program was to feel the energy of freedom. A power-point presentation was given by Anjali from NIC. In the program the public was apprised about the benefits and operation of the National Generic Document Registration System (NGDRS) which aims to bring all the stakeholders on one platform for registration of documents which otherwise was a cumbersome process before introduction of NGDRS.

Additional Inspector General Registration, Jammu Leena Padha reflected on some key points of registration viz stamp duty which is 3% in case the document is registered in the name of a female, 5% in case of joint property in the name of a couple and 7% if bought by a male.

The AIGR reiterated the importance of the online registration system. Some registered documents were distributed to the public by the AIGR on the spot and registration of documents was also done in the presence of the general public.