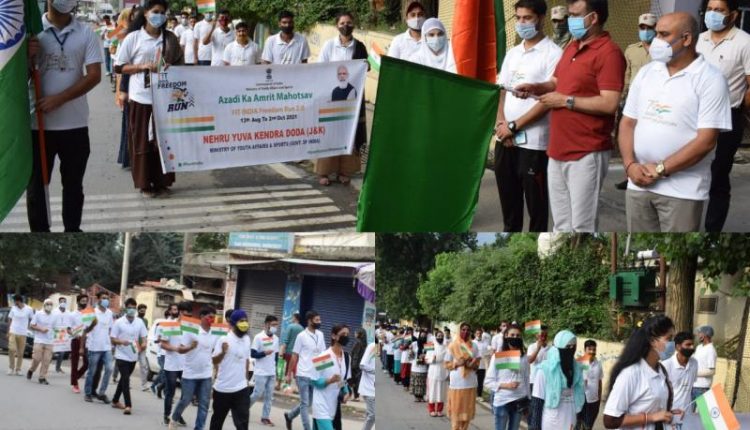 The rally was flagged off by Deputy Commissioner, Vikas Sharma from outside the DC office amid patriotic slogans and patriotic songs which continued all along the route.

The rally, after passing through bus stand and Circular Road (Tondwah), culminated at Dak Bungalow where it was flagged in by DDC Vice-Chairman, Sangeeta Rani as the Chief Guest.

The vice-chairman interacted with the National Youth Volunteers and encouraged them to participate in nation building activities. The programme ended with the vote of thanks from DYO Khushal Gupta.

Zhejiang University: ZJU scientists unveil the enigma of the…