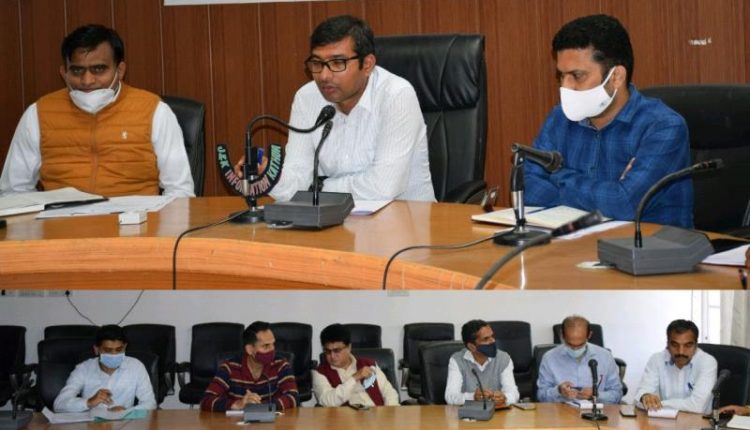 Pertinently, the ‘Azadi ka Amrut Mahotsav’ is being celebrated to mark the celebrations of 75 years of Independence of India for which nationwide launch of activities were inaugurated by the Prime Minister on March 12, 2021.

The main attraction of the programme will be the ‘’Photo Exhibition’ being organised by Regional Outreach Bureau, J&K Region showcasing the contribution of freedom fighters in Indian freedom struggle at the auditorium complex of Government Degree College for Women, Kathua.

It was given out that the activities such as Cycle Rallies, Marathon, Cultural events, Poster Making competition, besides sports competition and programmes on patriotic themes will be organised during the five day programme.

The DC said the activities for five day special events were aimed at to make it a people’s campaign and appealed that people to visit the venue of ‘Photo Exhibition’ along with their children to instill a sense of patriotism among them. He said the event is an opportunity to know about the contribution of our freedom ideals and heroes closely.

He called upon the concerned officers to work in coordination and cohesion for smooth conduct of the five day event. He emphasized to make all the requisite arrangements well in advance and formulate a viable plan for organizing the commemorative activities for the event.