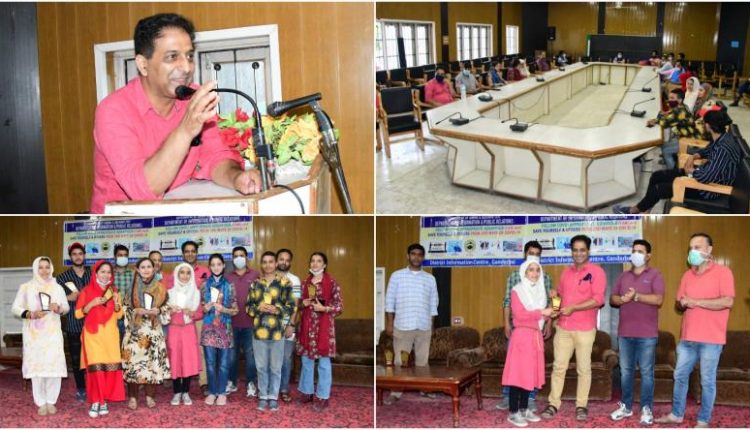 The interaction session was held in the Town Hall Ganderbal which was attended by the District Information Officer, EO Municipal Council Ganderbal, media persons and all winners of NASC under different age groups.

While interacting with winners of the NASC, the DIO said that the objective of the holding interaction was to encourage and provide a platform to them to showcase their talent.

All winners performed and highlighted the spirit of unity and amity within communities through their singing performances which was appreciated by the audiences present there.

Later, a felicitation function was organized in which first three position holders of NASC were felicitated with mementos.

India Education Diary Bureau Admin Sep 17, 2021
New Delhi: TRIFED, as the nodal agency working for the empowerment of tribals, has been focussing its…

University of São Paulo:Waste from the beverage industry is used to…

University of Tübingen: An Indian otter in Germany

University of Western Australia: Personal story challenges us to…

University of Western Australia: New collaboration to help save lives…