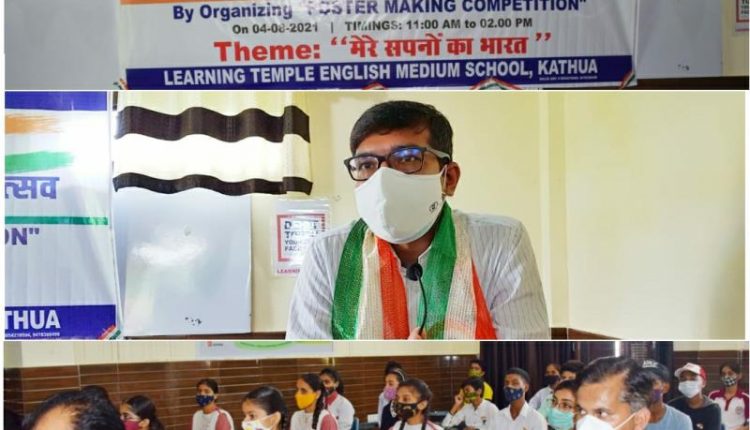 Deputy Commissioner, Rahul Yadav was the chief guest on the occasion. The theme of the competition was ‘Mere Sapno Ka Bharat’.

As many as 20 students of private and government schools participated in the poster making competition.

While interacting with the students, Deputy Commissioner, Rahul Yadav said the objective of the 75 week long celebrations under ‘Azadi ka Amrut Mahotsav’ was to familiarize the young generation about the ideals of freedom and to remember the contribution of National heroes in the freedom struggle. He said the events are being organised at all levels to instil a sense of patriotism among the people especially youth who have a significant role in nation building. “Such competitions provide an opportunity to students to express their feelings about ideal India” he added.

Project Manager, Integrated Watershed Management Programme (IWMP) Narayan Dutt Sharma (ACD) in the inaugural address said that the efforts are being made to involve young students of government and private schools in such activities which will make them to revisit the glorious Indian independence saga and to know about the sacrifices made by our freedom fighters.