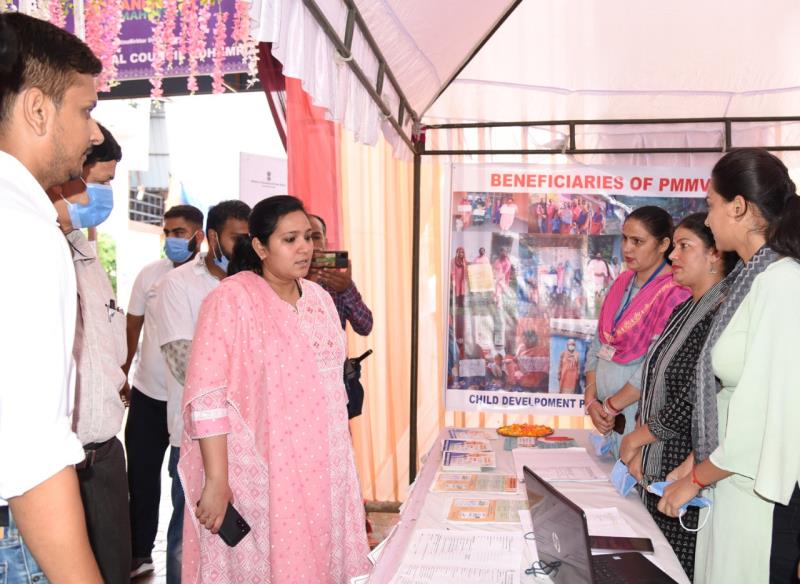 The programme was started with lighting of the traditional lamp. The CEO MC Amit Choudhary presented welcome address on the occasion.

Under this scheme, the DC added that beneficiaries and their family members need to have single window access to 8 central government welfare schemes.

The DC reiterated that the scheme is for facilitating socio-economic upliftment of the beneficiaries and their family members. DC stressed on giving wide publicity to the schemes through awareness programmes and organizing enrollment camps to mobilize the entitled beneficiaries. The DC asked the vendors to come forward and avail the maximum benefits of the scheme.

Different Government Departments had set up their departmental awareness stalls. The DC along with President MC inspected the stalls set up by various departments for disseminating information about welfare and other schemes launched by the GOI.

On the occasion, various theme based skits, poems, cultural performances, Dance were performed by the street vendors and others.