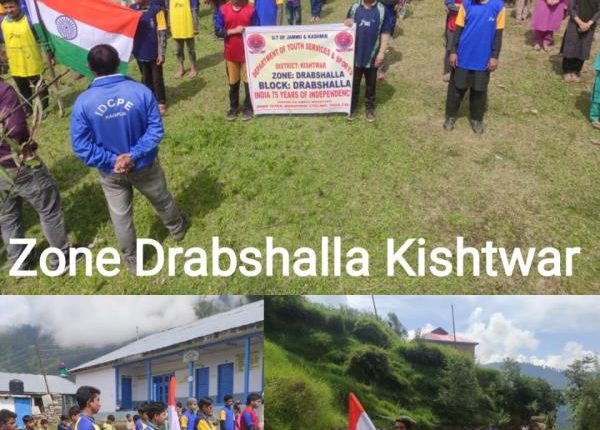 KISHTWAR : As part of 75-week long celebrations to commemorate 75 Years of Indian Independence a padh yatra was organised under the aegis of Azadi Ka Amrut Mahotsav here at Drabshalla and Inderwal.

The event was organised by the respective I/C ZPEO under the guidance of Deputy Commissioner, Ashok Kumar Sharma & close supervision of DYSSO , Kharati lal Sharma.

The ZPEOs Kalash Kumar & Sanjay Sharma said that the event was organised to commemorate Mahatma Gandhi’s protest march against the British rulers on March 12, 1930.

All the activities are being held as per calendar issued by the Director General Youth Services & Sports J&K UT Mohammad Ashraf Butt by following all SOPs of Covid-19 pandemic.