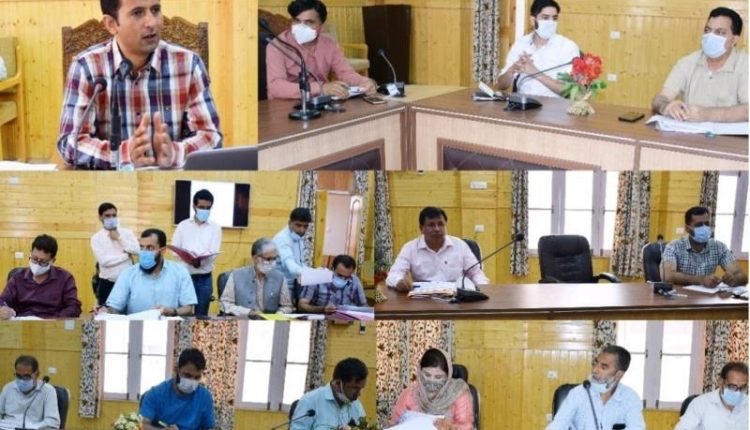 Bandipora: On the directions of DC Bandipora, Dr Owais Ahmad, an orientation workshop was conducted for the launch of a survey for gap analysis of infrastructure and other related needs in tribal areas of Bandipora.

The workshop was held by Joint Director Planning, Imtiyaz Ahmad in agreement with guidelines issued in this regard by Ministry of Tribal affairs GoI and secretary to Govt Tribal affairs dept J&K.

During the workshop six formats were circulated among all District Officers to evaluate a base score, identify gaps and propose works to fill those gaps which will ultimately lead to IVDP integrated village development plan.

As many as 21 villages of Gurez and 7 villages of Bandipora have been identified for IVDP by GoI.

The JDP stated that this will be focused attention in these villages for development like never before and has given timelines for completion of survey.