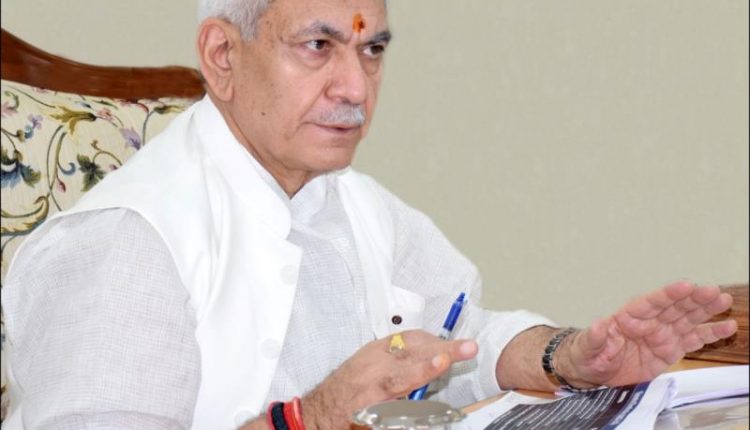 SRINAGAR : Sheikh Adnan Fayaz, a Taekwondo athlete from Bandipora has said that ‘Awaam Ki Awaaz’ is an excellent platform where common citizens provide their inputs and suggestions before the highest office of the Union Territory of Kashmir.

Recently in his fourth episode of monthly radio talk ‘Awaam Ki Awaaz’, Lieutenant Governor of J&K UT had lauded Fayaz for winning gold medal for the country in Taekwondo, saying that the entire country is proud of his achievement.

Fayaz had sought the involvement of local players and organizers to have a better picture of sports infrastructure at block, sub-district and district levels and to rejuvenate the sports sector in far-flung areas.

On his suggestions to encourage sports among the youth, the Lt Governor had informed that the Government has already decided to take various sports to the Panchayat level and the Sports Council is doing this work with full dedication.

“J&K is going to hold 17 national competitions in various sports in which about 12,000 players from all States and UTs will participate,” he added.

His another suggestion was that during the current COVID pandemic athletes should be given online trainings and seminars by JK Sports Council and Sports Authority of India.

“I express my sincere gratitude to his Excellency Shri Manoj Sinha Ji who has recently mentioned my name in his Radio programme Awaam Ki Awaaz. I believe the programme is an excellent platform where common people can put forth their suggestions and issues before the highest office of the UT for resolution,” Fayaz said about the Lt Governor’s monthly Radio talk initiative.

He said it was a privilege that his suggestions were mentioned in the programme which showed the commitment of LG administration to listen to people and their issues for early resolution.