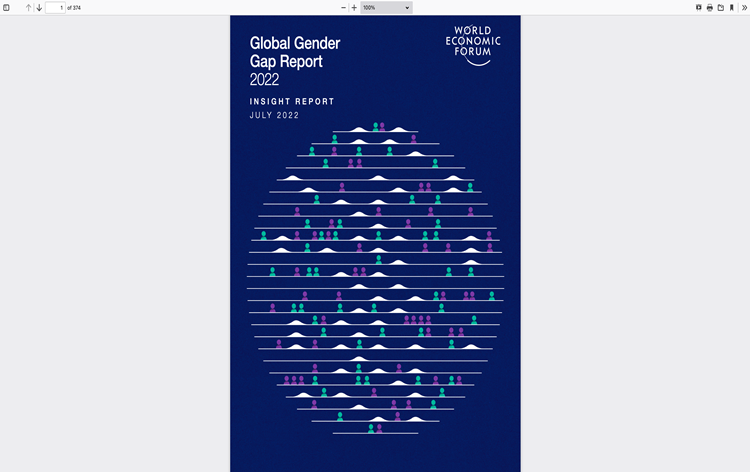 Dhaka: Bangladesh has retained its highest ranking in South Asia in terms of gender parity, according to the World Economic Forum’s (WEF) latest Global Gender Gap Report 2022 released on Thursday. It is for the eighth time in a row that Bangladesh has retained its top position in South Asia. However, its overall ranking has slipped 6 ranks from 65th in 2021 to 71 in 2022 among 146 countries included in the survey by the WEF.

The women in Bangladesh recorded a slide in overall gender parity in the country due to a decline in educational attainment. It fell two notches to 123rd position in the educational attainment parameter compared to last year’s 121st position. However, on the parameter of health and survival, it improved its ranking from 134th in 2021 to 129th this year, though its score remained unchanged. On the political empowerment parameter, Bangladesh slipped to 9th rank from its earlier 7th rank recorded in 2021 though its score remained unchanged between the two years. It ranked 141st on the Economic participation and opportunity index.

According to the report, in 2022, the global gender gap has been closed by 68.1 percent. At the current rate of progress, it will take 132 years to reach full parity.

Among the eight regions covered in the report, South Asia ranks the lowest, with only 62.3 percent of the gender gap closed in 2022. Bangladesh and Nepal lead regional performance with over 69 percent of their gender gaps closed.

Iceland, followed by Finland, Norway, New Zealand, and Sweden were the top five countries in the world with the lowest gender gap, while Afghanistan was at the bottom and Pakistan second from the bottom having the highest gender gap measured in 4 parameters identified by the WEF.

The Global Gender Gap Index measures scores on a 0 to 100 scale and scores can be interpreted as the distance covered towards parity. The Index examines the gap between men and women across four fundamental categories namely Economic Participation and Opportunity, Educational Attainment, Health and Survival, and Political Empowerment.