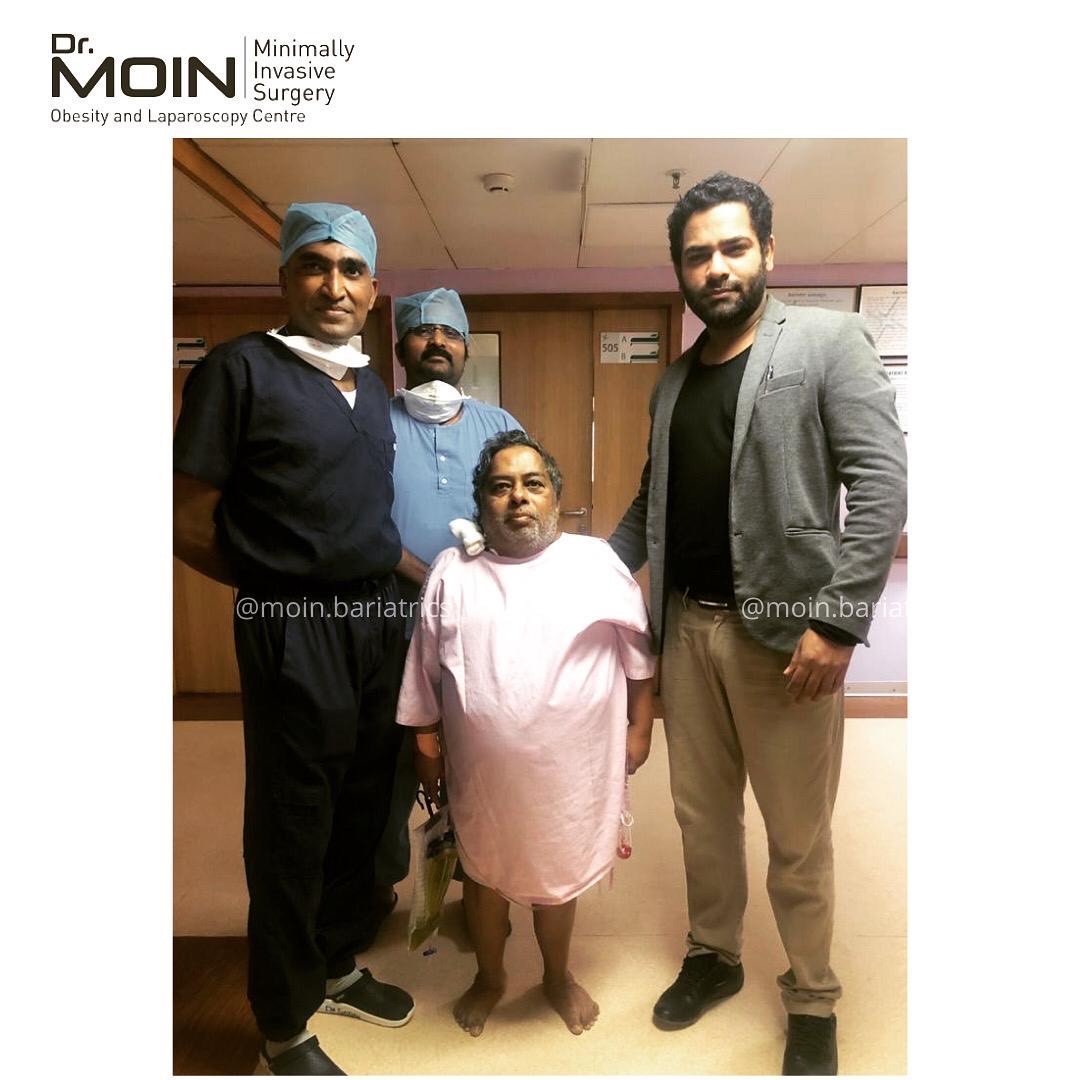 Bengaluru: A very challenging and risky bariatric surgery conducted by surgeons of Vikram Hospital, Bengaluru, has given a new lease of life to a 67-year-old patient of short stature who was suffering from morbid obesity. Weighing 77 kg, the patient Shekhar Krishnan had double his ideal weight, resulting in a BMI of 39 due to his short height of just 137 cm (4 feet 5 inches).

The condition led to several cardiac and pulmonary problems, knee pain, obstructive sleep apnea, elevated creatinine levels, and breathing difficulties as the fat burden pushed against his diaphragm. All efforts on the patient’s part to reduce his weight were in vain, and he found it difficult to conduct day to day activities due to the high visceral fat.

Eko hires industry experts for Head of Lending and Head of…

Said Dr. G Moinoddin, Consultant Bariatric & Advanced Laparoscopic Surgeon, Vikram Hospital, Bengaluru: “The patient was suffering from morbid obesity and metabolic syndrome since the last five years, leading to serious health issues. He was unable to sleep properly and even sit or stand. Walking just a few steps left him gasping for breath. Surgery was the only option to improve the patient’s quality of life and get relief from other comorbidities, but this was considered very risky due to his cardio-pulmonary condition. The patient was turned away by many hospitals in the city. If left untreated, the condition would have eventually led to cardiac arrest and death.”

The bariatric surgery conducted by Dr. G Moinoddin and his team was uneventful and lasted less than half an hour. Said Dr. Satish Thammanna, Consultant Anaesthesiologist, Vikram Hospital, Bengaluru: “The patient was able to walk just three hours after surgery. In less than a week since being operated upon, he has already lost five kilos. His walking has become better and shortness of breath has reduced. He is expected to lose another 30 to 35 kgs in the coming 8 to 10 months, bringing his BMI back to normal range. He will then be able to lead a normal life.”

Dr. Somesh Mittal, MD & CEO, Vikram Hospital, Bengaluru said, “We are quite elated at the successful outcome of the surgery because this is the first-ever case of its kind in Bengaluru. The patient was quite short in height, which posed a challenge for anesthesiology. Yet our doctors managed to achieve this remarkable feat when other hospitals turned away the patient due to the high risks involved. Our hospital is fully equipped and capable of carrying out such kind of challenging surgeries.”

University of Tokyo: Bringing a favorable wind to the Japanese sailing team