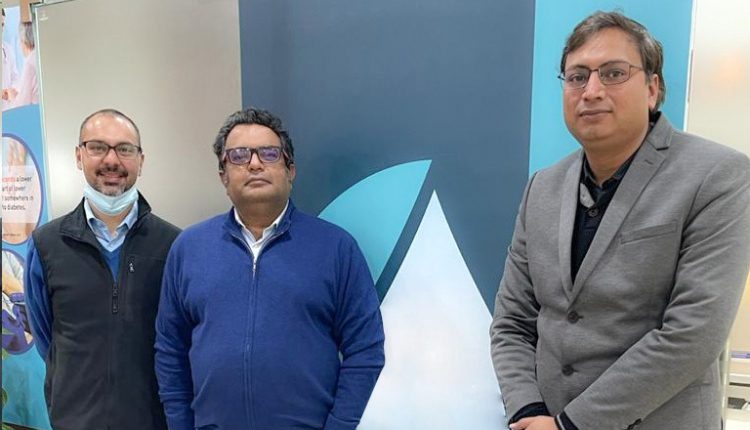 Mumbai : BeatO – a leading digital health ecosystem for diabetes management – has signed an MoU with the Research Society for the Study of Diabetes in India (RSSDI), Asia’s largest organization of researchers and healthcare professionals for Diabetes, for its 100-days campaign, ‘Defeat Diabetes’. BeatO along with RSSDI and its other co-organizers Rotary India, The Art of Living and Torrent Pharma will be conducting 10 lakh blood sugar tests on World Heart Day (Sept 29).

Together, the organizations aim to enter the Asia Books of Records for performing one million blood sugar tests in a single day. This will be done at 6,000-plus physical testing sites across India. Apart from remote monitoring by BeatO’s member base, BeatO will provide its IoT-enabled smartphone glucometers ‘Curv’ to RSSDI for performing nearly 2.6 lakh blood sugar tests.

The ‘Defeat Diabetes’ campaign launched by RSSDI aims to create awareness among the general public regarding the importance of regular screening and monitoring of diabetes. The objective of the campaign is to detect undiagnosed diabetes, initiate treatment and build the importance of blood sugar levels as the fifth vital sign. BeatO – an app-based ecosystem that helps members with control and remission of diabetes through personalized coaching – along with RSSDI, will amplify communication of blood glucose monitoring within its community of 650,000-plus members, along with support to conduct one million blood glucose tests on World Heart Day.

The impact of COVID-19 has been severe on people with diabetes, especially in the second wave. Patients with diabetes witnessed serious complications requiring hospitalization, along with higher mortality rates. Besides, there has been a sharp rise in steroid-induced diabetes together with the risk of mucormycosis.

A survey by BeatO indicates that approximately 55% of their customers are first time users of a blood glucose monitoring device to measure sugar levels at home. Moreover, 80% of people who interact with BeatO’s diabetes coach, have never connected with a coach or a dietician before. This is the reality of India, where even with 77 million+ people in India with Diabetes, penetration of self-monitoring devices and engagement with health professionals is exceedingly low. These numbers make it imperative to bring awareness around monitoring and diabetes care that can be done in an affordable manner at scale.

Commenting on the issue, Gautam Chopra, Co-founder & CEO, BeatO said “The pandemic has invariably led to a higher prevalence of diabetes among people – whether due to steroid consumption during Covid or led by sedentary lifestyle while working remotely. The complications caused by diabetes, coupled with low penetration of self-monitoring devices across India call for a program for mass detection, treatment and diabetes control. At BeatO, we are working towards helping people control diabetes by making quality diabetes care affordable and accessible for the masses through a digital-first approach. This partnership with RSSDI comes in line with our common goal to minimize complications caused by diabetes and empower people to lead happier and healthier lives.”

Dr Banshi Saboo, President RSSDI and diabetologist based at Ahmedabad said “India is home to the second largest number of people living with diabetes. At the same time, a larger number of people are living with undiagnosed diabetes. Only 25-30% of Indian patients are having adequate glucose control. RSSDI welcomes its association with BeatO for increasing diabetes awareness.”

Dr Sanjay Agarwal, Honorary Secretary, RSSDI said “RSSDI is committed to improve the lives of people living with diabetes. Technology is going to play a key role in diabetes management in the near future.”

In the last 90 days since the launch of the campaign, BeatO has supported RSSDI in reaching out to a larger user base through its member community and social media amplification to create further awareness of the three key Ts of diabetes management – testing, tracking and treating.

As a full-stack solution for controlling diabetes and other chronic conditions – BeatO enables patients to conveniently monitor, track and control diabetes through a combination of its connected smartphone glucometer, data-driven actionable insights, along with support from its experienced doctors, nutrition analysts, expert health coaches and certified diabetes educators.

The ‘Defeat Diabetes’ campaign will conclude on 8th October 2021 in New Delhi.

Instamojo sees more than 2 lakh subscriptions post launch of e-comm services; Targets to on board 250,000 merchants by FY’22

Dell Technologies Drives the Evolution of Modern Support and Security