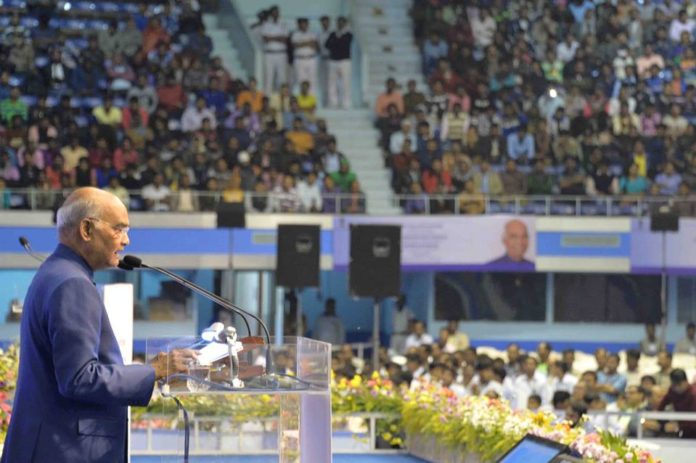 Speaking on the occasion, the President said that there are few people anywhere in our country who have not been touched by Bengal or by some creation of Bengal. Somehow, in some manner, this state has touched every Indian and enriched the life of every Indian. Every Indian child has grown up on stories about Bengal or written in Bengal. Bengal has a great history – but it is for each one of us to ensure that Bengal also has a great future. This state was an early industrial and manufacturing centre in our country. Its economy must sing again in this age of digital and robotic technologies. Its green fields and hard-working farmers must be equipped with the latest agricultural knowledge to allow them to realise their potential.

The President said that in 2022, India will be celebrating 75 years as a free country. This will be an occasion to reach certain developmental milestones for our people, and to create a better India. For this, we need to invoke the same idealism and fervour that contributed to our freedom movement. Bengal was one of the leaders of our freedom movement. It must lead this effort for a better India by 2022.

The President said that the Government of India has embarked on an ambitious Act East Policy. This involves building connectivity projects and taking economic initiatives. These will be of mutual benefit to our eastern and Northeastern states as well as to neighbouring countries. The people of Bengal are crucial to this programme.

The President said that being a border state gives Bengal certain advantages. It also gives it certain responsibilities. Forces of radicalism and extremism, some of them with cross-border linkages, seek to take advantage of our democratic spaces. We must guard against this.