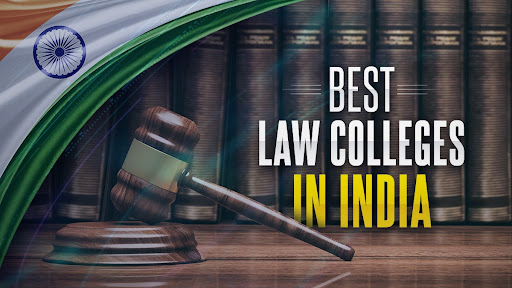 Society needs structure. Systems of rules that regulate behavior are mandatory for communities to flourish. Examples of such codified systems have been around since Babylonian times or 1755 BC. Laws do not exist to respond to harm and injustices only. Their function is to prevent them, to keep the most vulnerable members of society safe. Thus, delving into a career path in law is a noble thing. It may not seem like the most exciting profession in the world at first sight. Yet, that is a false notion, as practicing law can bring a level of thrills and satisfaction few other jobs can. It is a super rewarding profession in more ways than one.

Benefits of becoming a lawyer include an excellent salary, status, transferable skills, and continually facing intellectual challenges that can help anyone expand their mind and interpersonal skills. Aside from financial stability and the ability to fight to protect fundamental human rights, being a lawyer is generally recession-proof. That means workload rarely gets diminished by economic and societal shifts. So, studying law offers the opportunity to develop a wide range of skills, and it is a unique field in that it is super stable. Thankfully, India has its fair share of quality educational establishments that feature high-end law programs. Below, we list what many people believe are the top five such colleges.

Located in Nagarbhavi, a residential area of Bangalore, the National Law School of India University, or NLSIU for short, is often described as India’s premium law school. It got founded in 1986, boasting highly competitive admissions. NLSIU only accepts around 120 students for its undergraduate program and forty for its Masters’ one. Furthermore, Ph.D. programs at the Research level get offered here to exceptional candidates only. Two Master of Law programs are available here, for Human Rights and Business Law. The latter is interesting because it dives into how the Federal nature of India affects business opportunities in its states. For example, Sikkim, Daman, and Goa are the only three states that allow casino-style entertainment in India, while online gaming is still not regulated but is accessible throughout the country. That is a situation that bears a striking resemblance to the one in the US.

Situated in Sector-14, Dwarka, New Delhi, the National Law University in Delhi, or NLUD, is a national law school that implements the Bar Council of India’s five-year law degree model. It got established in 2008, and its motto is – There Shall Justice Prevail. NLUD offers courses to over one hundred undergraduate students each year. Admission to their Ph.D. program gets provided only to a distinguished batch who passes an entrance exam conducted by top University officials. Their campus has a two-story library, four seminar rooms, an E moot court hall, and a computer center. NLUD supplies multiple scholarships, and it runs a super famous placement drive that collaborates with international recruiters from firms like Linklaters and Herbert Smith Freehills. The Deputy Chief Minister of Haryana, Dushyant Chautala, is an NLUD alumnus.

Found in Gujarat’s cultural capital, Vadodara, Parul University is one of India’s top fifty BBA Colleges per Times Business. It has over thirty-two institutes that offer more than 250 courses. That makes it one of the most massive universities in the country’s fifth-largest state. Praxis Media recently awarded it the honor of the Best Private University in India. Now, despite Parul University primarily focusing on engineering, it also has a terrific law college. Their Faculty of Law supplies comprehensive acquisition of legal knowledge in practical and theoretical aspects. Law students here can get their legal feet wet with a 360-degree learning approach that implements clinical programs, moot courts, and extensive practical training. Legal experts from all corners of the globe come here to share their insights with Parul students via seminars and conferences. It is noteworthy to mention that there are no Master’s or Ph.D. level studies here.

The National Academy of Legal Studies and Research, NALSAR, got up and running in 1998 as one of the first universities in India to supply a five-year BA LLB course. It is a 100% autonomous law school whose campus grounds span 55 acres and divide into five precincts. In 2019, the Indian news magazine The Week’s called it the country’s second-best law college. The NALSAR library is home to a sizeable collection of over 25,000 law manuals, textbooks, law reports, and periodicals. Students can access it online, gaining insights into a substantial repository of UN documents from that organization’s varied legal proceedings. NALSAR is famous for holding debating championships that utilize the British Parliamentary format. It also hosts a QuizFests named Interrobang.

Shelly Schiff has been working in the gambling industry since 2009, mainly on the digital side of things, employed by OnlineUnitedStatesCasinos.com. However, over her eleven-year career, Shelly has provided content for many other top interactive gaming websites. She knows all there is to know about slots and has in-depth knowledge of the most popular table games. Her golden retriever Garry occupies most of her leisure time. Though, when she can, she loves reading Jim Thompson-like crime novels.