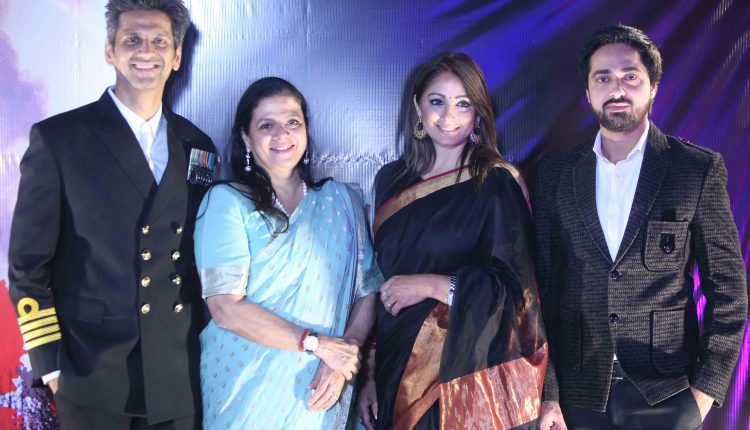 Brought to life by seasoned actors, the theatrical representation transported the audiences to the time when Debora’s father Commodore Jack Shea managed his way out of the neighbor country saving precious lives while jeopardising his own. The event witnessed Debora Ann Shea share her memories of those dire times, her expériences and the impact they have on her even today with Shubhra Krishnan amongst the presence of dignitaries and luminaries of Delhi.

The theatrical representation of that fateful Indian Republic Day in 1966 when Attache Jack Shea went missing from the middle of the party at Karachi was enough to bring chills down the spine. The perils and political layouts all playing their part to make survival all the more questionable urge one to think how trying times can crush the bones but not the undying spirit, if one has the will. How Jack plunged out and managed to get back to his homeland is not less than a miracle.

On the day of the event, the author Debora Ann Shea expressed, ‘I am honored that my book has received such an overwhelming response from audiences and it urges me to enable them to view live performance for an unforgettable experience and become part of the untold story of Commodore Jack Shea. I also want to take this opportunity to mention that nothing comes for free; even our freewill today has cost many precious lives, whether celebrated or never unleashed. I’d also take this occasion to pay tribute to all martyrs and brave hearts of this country.”

India owes greatly to these warriors who have promptly been available at all times risking their lives to save others’ especially their Mother Land’s. Jack Shea was honored with the Ati Vishisht Seva Medal and Bar from the President of India right after his return from Pakistan. He assumed command of the 11th Destroyer Squadron, played a pivotal role in the Indo–Pak war of 1971 and retired in 1976 as a Commodore.

Book Synopsis: Book ‘Escape From Pakistan’ is more than a pulse-pounding thriller; while it gives a firsthand insight into the precarious times post partition in Pakistan, 1965, it is also a tender and inspiring story of Captain Jack Shea, who masterminded the escape, with brutal consequences to himself. Through her book, Debora makes a long-overdue tribute to her father Commodore Jack Shea – a gallant mariner who epitomised courage, loyalty and survival against overwhelming odds.