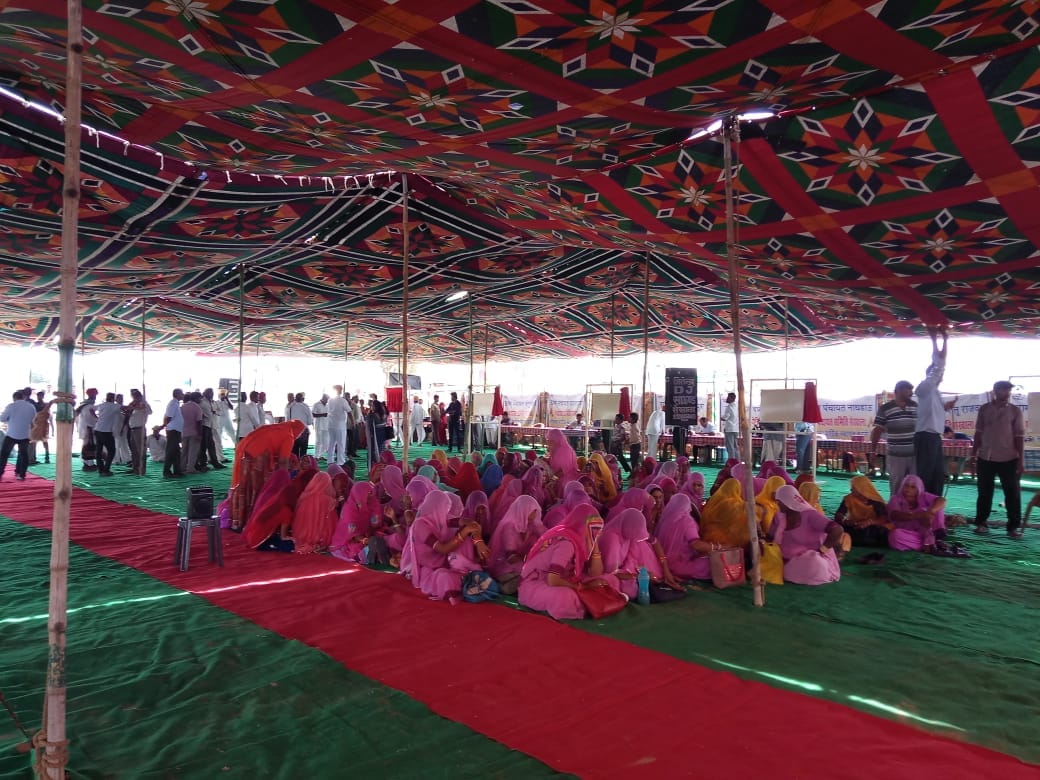 Hyderabad\\: Over the last 4 years, large scale transformations have happened in the Digital and eGovernance Space in Rajasthan – the the people are not only realizing the power of digital but is channeling it into their daily lives. Rajasthan is leading the Digital mission and has become the torch bearer of digitisation – The State is growing leaps and bounds, leaving every other state behind by miles. This is well proven with initiatives like Bhamashah Yojana, e-Mitra, BlockChain, BSBY and many more.

Under the leadership of Hon’ble Chief Minister Smt. Vasundhara Raje, the latest initiative – Bhamashah Digital Parivar Yojana has put Rajasthan on the pinnacle of digitisation, and paved its way to reach even the sections of the society that are still untouched by the digital wave.

Department of Information Technology & Communication, Government of Rajasthan introduced the path-breaking Bhamashah Digital Parivar Yojana to provide smartphones and internet connection to more than 1 crore NFSA families in subsidised rates. Under the scheme, Government is providing financial assistance of Rs 1000 in two instalments to every family registered under the Nation Food Security Act (NFSA) for purchasing smartphones and an internet connection. The first instalment of Rs 500 is being transferred in the bank account of the lady head of each Bhamashah family without any application. The second instalment gets deposited to the same account as soon as the family buys a smartphone and makes a digital transaction using it, using any mobile apps. Government has promoted all telecom operators to organize multiple camps across the state where smartphones at subsidized prices are being provided to the eligible residents.

All telecom operators, along with mobile phone brands have come forward with new plans and offers for people to go digital. These schemes and plans are available for all – the ones who are getting the subsidy from Government are there – but what is heartening to see is that all the other ones, who are not getting subsidy under NFSA as well are taking benefits that all the Telecom Operators are providing in form of great discounts.

The aim of this scheme is to promote digital literacy till the last mile. Over the years, Government of Rajasthan has initiated multiple digital schemes for the benefit of residents. However due to the lack of digital media accessibility to everyone in the rural areas, many were unable to get benefitted from those schemes, creating a digital divide. With the launch of Bhamashah Digital Parivar Yojana, state government has bridged that digital divide, ensuring every resident, regardless of their age, location, economic background and physical status become the part of this digital revolution.

In just few weeks, Bhamashah Digital Parivar Yojana has received exemplary response, breaking all records. More than 20 lac people have become a part of this scheme by buying new smartphones. Already, INR 460 crore has been transferred in the Bhamashah accounts of residents as the first instalment. Everyday lacs of eligible families are performing their first digital transaction and not only getting the second instalments transferred directly in their bank accounts but are becoming the part of “#HamSabDigital” campaign. Second instalment as well, has been transferred in the bank accounts of beneficiaries who have made Digital Transactions – and the success is so much that even the second instalment has reached an amount of INR 30 Crores this quick. This number multiplying on the daily basis. The scheme gives complete freedom to every family to buy any smartphone of any brand and avail the subsidy. People can choose the phones and internet connection from a brand and data provider of their choice. Residents can purchase a smartphone and sign up for a preferred network operator of their choice, either at the Bhamashah Digital Parivaar camps hosted by the Zila Panchayats or also opt to do so from regular neighbourhood shops. Since the transactions happen online, it provides transparency and accountability enabling the government to keep a track on how many beneficiaries have availed the scheme.

The scheme has taken Women Empowerment to the next level. It was a first in the entire country, that Hon’ble Chief Minister Smt Vasundhara Raje, through Bhamashah Yojana, made Women the Head of the Family starting a new era of women empowerment as all benefits started getting transferred to her bank account. Now, with Bhamashah Digital Parivar Yojana, women – with all enthusiasm – are becoming digital by taking Smartphones, and utilizing the same to not just empower themselves but their entire Family. It is heartening to see, that Women are highly motivated to use SmartPhones for a better present and future of their families. One such story of Sita Devi is available at

Not only is this scheme benefitting the NFSA families, but is also helping other stratas of the society. Partnering with government, various telecom partners have launched internet plans in cheaper rates, compelling more and more Rajasthanis to be a part of this smartphone revolution. In a way, Rajasthan government is not only helping 1 crore+ NFSA families, but the complete state by ensuring low cost of internet plans and mobile phones through discounts that Telcos are offering. Bhamashah Digital Parivaar Yojana is one of the most ambitious scheme launched by any state government in the country and this tremendous success recorded by the scheme truly makes it the best digital initiative witnessed by this nation.