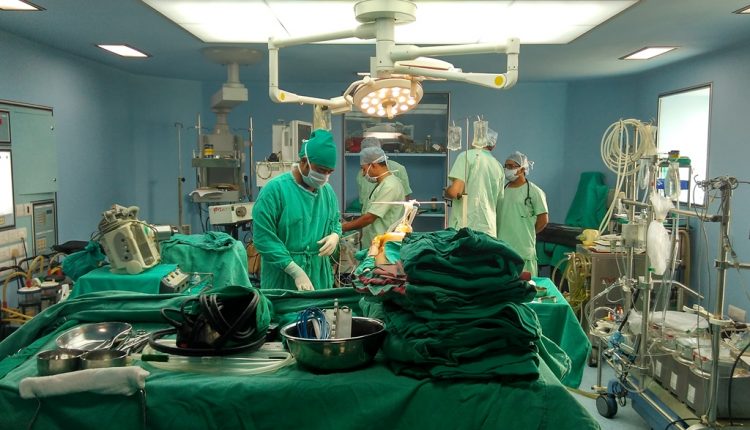 VARANASI : A team of doctors at Institute of Medical Sciences, Banaras Hindu University, has conducted a first of its kind study on the surgical outcome of thoracic empyma patients. The team led by Prof. Siddharth Lakhotia, Dr. Narendra Nath (Department of CTVS) & Prof. Ashish Verma, Department of Radiodiagnosis, conducted the study between October 2016 and August 2018. The study found that in cases where the remaining volume of the affected or diseased lung in CECT thorax is more or equal to 59% of the normal lung, the chance of complete expansion of that lung after surgery was good. The study assumes significance as till now all such cases were being put to surgery but, the research indicates alternate ways of treatment in particular cases.

The study was about the surgical outcomes of the empyema (pus in the thoracic cavity) patients and its relation to the pre-operative clinical and radiological (CECT thorax) findings. It was carried out to predict the outcome of the surgery, based on pre operative parameters so that in cases where surgery may not be useful, they can be subjected to an alternate treatment strategy from the beginning.

It was observed that the pre-operative remaining volume of the affected lung (residual lung) can determine the surgical outcome along with other parameters; like completeness of decortication (surgery done to remove the pus in the thoracic cavity and thickened membrane, that compresses the lung and prevents it from complete expansion), presence or absence of air leak from lung pre operatively.

Pre- operative residual lung volume can be determined by the CECT thorax (CT MORPHOMETRY –measurements of empyema, lung, thickness of pyemic membrane). In the study it was discovered that the residual volume of the involved lung, expressed as a percentage of the normal opposite lung volume, predicted the complete expansion of the lung with sensitivity of 71% and specificity of 70%.