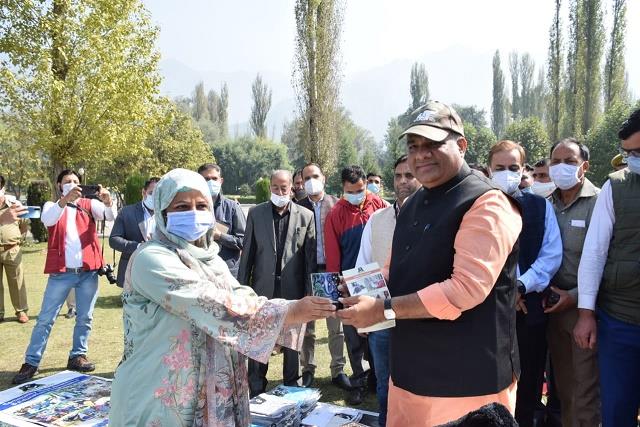 The Union Minister said that the PRI institutions and other local community representatives should be involved in their respective areas for preservation of biodiversity.

The Minister appreciated the role of Forest and sister Departments and advised them to involve the last person in delivering mechanism so that the participation of the most deprived is ensured for the success of biodiversity conservation. He lauded the efforts of the Forest Department for constituting the Biodiversity Management Committees and linking them with the Village Panchayats.

The Minister further said that MoEF&CC is working on getting the international recognition for 14 Tiger Reserves and sacrifices of Forest personnel in conservation of tiger shall also be recognized. He also lauded the efforts of Forest Department for taking initiates towards strengthening the frontline forest force, and also appreciated the film “Jungle Ke Rakhwale” focusing on their sacrifices.

While referring to the workshop on Forests, Biodiversity and Climate Change, Shri Yadav highlighted the achievements of India towards meeting her Nationally Determined Contributions, achievements in International Solar Alliance as well as in renewable energy. He also highlighted the National Hydrogen Mission launched by Hon’ble PM for substantially increasing the scope of alternative energy. He advised distinguished delegates of the workshop, experts as well as participants from research institutes and the field to work towards innovative solutions so that the balance between development and conservation is always maintained.

During the workshop, a compendium on “Foresters Training Course” as well as brochure on “Protection and Conservation of Water Bodies: Use of Bio-Fencing and Catchment Area Treatment” was also released by the Minister. Also a short film titled “Jungle Ke Rakhwale” which shows the challenges faced by the front line forest staff and depict their hard duties and sacrifices was also released and showcased on the occasion.

Earlier, the Union Minister visited the stalls established by Forest Department. He encouraged the young volunteers of the NGOs as well as the researchers to actively work towards finding innovative solutions to protect the unique biodiversity of Jammu and Kashmir.

On the occasion, the Minster also planted a Chinar sapling in the lawns of SKICC.

Later, the Union Minister chaired a meeting with the senior officers of the forest department and reviewed the functioning and progress achieved under different schemes by the department.

Penguin Random House: Screen Adaptation of ONE OF US IS LYING Debuts on Peacock TV