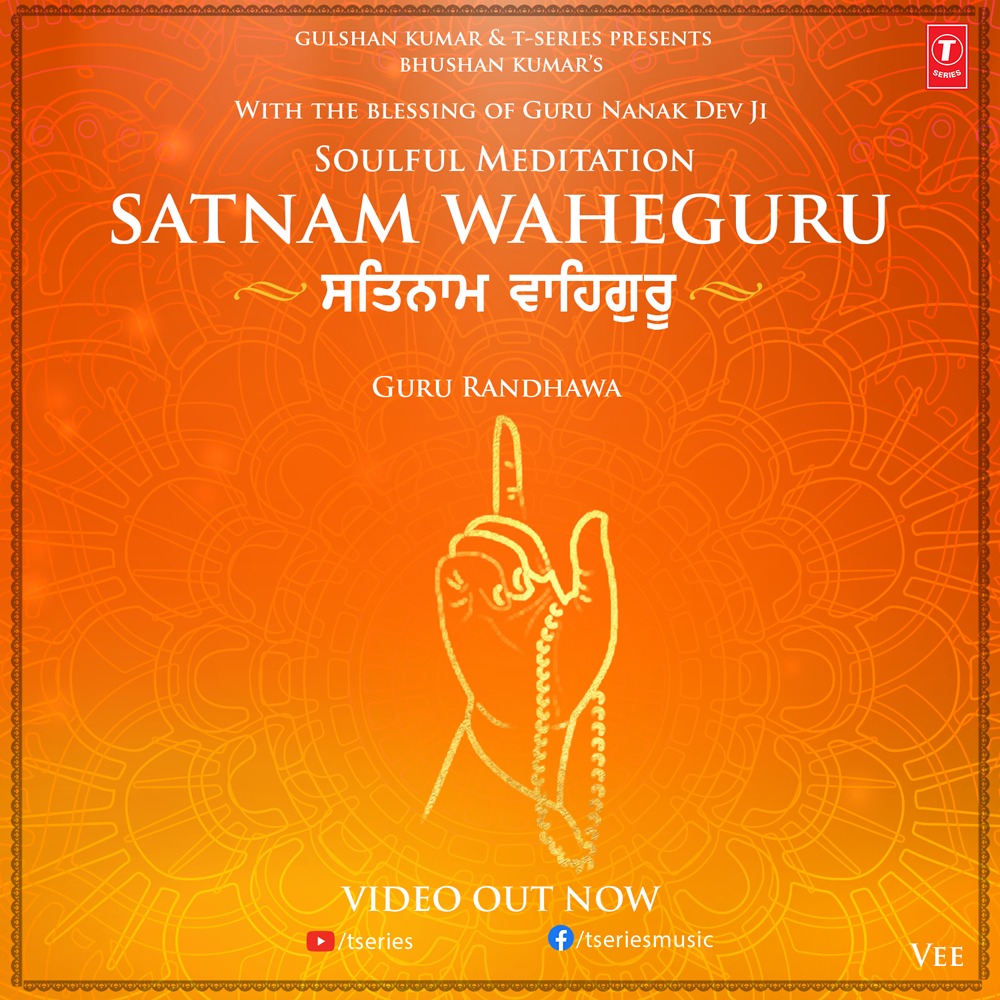 Guru Randhawa was first signed by T-Series in 2015 and ever since there’s been no looking back. The Punjabi pop sensation has been garnering billions of views across multiple platforms and is at the forefront of desi pop culture.
After collaborating with names like Pitbull and Jay Sean and topping most music lists in the country, he is now out with a rendition of Satnam Waheguru, a Soulful Meditation, presented by T-Series’ Bhushan Kumar.
The Punjabi devotional hymn is a chant that elicits a strong sense of peace and calm and promotes overall spiritual well-being. Guru couldn’t have released this at a better time than now, given the current state of disturbance and turmoil in the country in the face of the Coronavirus pandemic.
T-Series head honcho Bhushan Kumar says, “In challenging times such as these, we turn to prayer. T-Series has been catering to multiple language markets and we are proud to present Guru Randhawa’s chant of Satnam Waheguru. In between all the chaos, his Soulful Meditation of Satnam Waheguru is truly uplifting and I am sure will provide solace to all of us.”
Says Punjabi popstar Guru Randhawa, “I strongly believe that Waheguru is with us in sickness and in health. I’m glad to present this divine hymn with T-Series, who have kept the tradition alive for years and presented devotional music to people, even in the most remote areas of the country.”
T-Series presents Satnam Waheguru, a Soulful Meditation composed and sung by Guru Randhawa with music by Vee and it’s out now on T-Series’ YouTube channel.