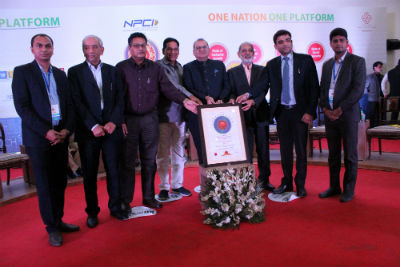 Patna: Bihar Skill Development Mission (BSDM) (www.skillmissionbihar.org), the nodal agency to carry out all skilling activities in the state of Bihar, participated in 51st SKOCH Summit-“State of Inclusion” held on 10th March 2018 at Constitutional Club of India, New Delhi. Making its maiden appearance to the summit, one of the BSDM’s flagship schemes – Kushal Yuva Program (KYP) bagged the prestigious SKOCH’s “Order of Merit Award” and was also adjudged “SKOCH AWARD-Gold FOR SKILL DEVELOPMENT” amongst with the participating organisations.
The SKOCH Award, since its inception in 2003, has been recognizing innovative practices and successful models of different organizations in Economic & Social Infrastructure Development segments in India.
Underlining the fact that ‘Skill’ can play a pivotal role in leading India to become a $10 trillion economy by 2030, SKOCH has taken the lead in recognizing those initiatives that have overcome the challenges and made impacts, by instituting ‘SKOCH Skill Development Award 2018’.
BSDM’s Kushal Yuva Program aims at providing a customized 240 hours employable-oriented training to all the youth who are secondary school passed and aged between 15-25 years through classroom based e-learning mode. Due to its vast popularity among stakeholders and unparalleled impact within a short time, the program has carved a niche for itself in skilling panorama since its beginning a year ago in the state of Bihar. The program is moving from strength to strength and has caught the attention of different Ministries, Corporates & Industry apart from other State Skill Development Missions, and different stakeholders.
During the summit on said event, a session on “State of Skill Development” was also organized which had Mr. Dipak Kumar Singh (IAS), Principal Secretary, Labour Resources Department, Government of Bihar cum Chief Executive Officer-BSDM, as one of the panel members. This session was moderated by Dr. M. Ramachandran, Former Secretary, Government of India & Distinguished Fellow, SKOCH Development Foundation. Session also had few other distinguished panellist, media representatives and participant organizations.
Speaking on the occasion, Mr. Singh informed that Skill development has undergone a paradigm shift in approach in recent years and keeping up with the pace of present skilling needs; BSDM has come up with a number of innovative schemes where different organizations can associate in furthering the skilling agenda of the state.

Reliance Foundation to set up a university: Nita Ambani