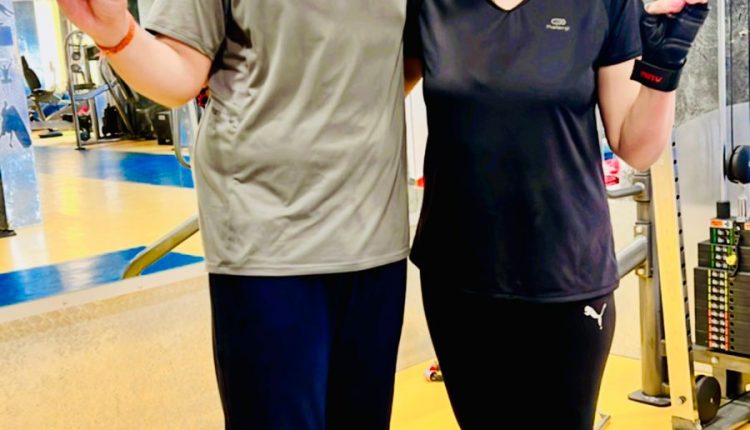 Bihar’s renowned, first women-run IT and digital marketing company ‘Brand Radiator’ will celebrate the anniversary of its inception and successful completion of 4 years of excellence

By India Education Diary Bureau Admin On May 8, 2022
Share

On 11th May, Brand Radiator, the state’s first IT and digital marketing company conceived, built and operated by a woman, will celebrate its fourth anniversary with considerable enthusiasm. Ms. Himani Mishra, the Chief Executive Officer of the company, will be hailed by all Brand Radiator family on both Mother’s Day and Foundation Day.

Himani Mishra, the symbol of motherhood, founded and efficiently operated the state’s first woman-run IT Company, “Brand Radiator,” which not only provided employment to Bihar’s youth power, but also reconnected the youth who had migrated to the cities with their homeland. She has accompanied him in every difficulty and led successfully.

‘When I founded Brand Radiator in my apartment in the Patna suburb of Kurji, there was no grand plan or strategy in place. I had no intention of creating a corporate empire… For me, developing a business is all about accomplishing something to be proud of, bringing together brilliant individuals, and producing something that will make a significant difference in the lives of others’. HIMANI MISHRA

Himani Mishra, one of the country’s 50 Fabulous Innovative Leaders, is a woman entrepreneur who grew up in Patna, Bihar, studied higher education (B.Tech) at IIT-Kolkata, earned Six Sigma training from Motorola University, and then joined Wipro, Tata Consultancy Services, and Accenture. And achieved success working for reputable firms such as Telenor.

With 14 years of professional experience, she developed a digital branding firm to contribute to the growth of Bihar and established a digital marketing company like ‘Brand Radiator’, which currently does not need any identification. Himani Mishra, a great example of female power, is not only successful in her professional life but also in home life.

Being a working mother is not an easy task. It could not have been simple for Mrs. Himani to provide her 12-year-old son Yash Dubey with an excellent education, an ideal upbringing, and the instillation of values, in addition to her work as a director, but she did so with her strong will and talent. She excels as a skillful operator and housewife, as well as a nice mother, wife, and daughter-in-law, among many other roles.

Bihar becomes No.1 in terms of Mobile Service Delivery…

Bihar becomes the first state in India to democratize post…

‘I am very proud of my mom and consider her the most courageous woman I know. With perseverance, sacrifice and hard work, she not only raised the family, but gave us the tools and the spirit to succeed’. YASH DUBEY

The effective leadership of the company’s CEO, Ms. Himani ji, who possesses a sense of entrepreneurship and maternal affection, can be determined by the fact that, when the entire world was battling the crisis of the Corona epidemic, which had a direct impact on common life as well as industries, it also affected the employed and the young people seeking employment. The ‘Brand Radiator’ (Startup Company) did not falter despite financial difficulties, halted economic activity, all loss-making industries across the country, and difficult entrepreneurial circumstances.

Himani Mishra, the company’s operator and chief executive officer, continued to guide and direct the company’s employees and move the business forward by utilising her entrepreneurial talents, tenacity, and self-assurance. Even during the lockdown, she demonstrated her erudition and wisdom by fighting back Corona despite the difficulty of the situation.

The business was effectively managed by adhering to the philosophy of “utilizing available resources.” Instead of laying off all the Company’s employees during a time when companies around the country were laying off workers, the company offered a ‘Work from Home’ option, and CEO Himani Mishra increased the company’s performance by maintaining a better rapport with his workforce.

No one, it is believed, has a greater heart than a mother. As co-founder of the ‘Brand Radiator’ company, Himani Mishra is like a mother to all of its brand radiators team members. In addition to mentoring everyone, she also helps solve everyone’s difficulties with a friendly attitude, and she serves as everyone’s source of inspiration.

Make sure to arrange lunch-refreshment for everyone on time like a mother during office hours and spend valuable moments with your team, support the team in meeting the challenges and be a matriarch for them personally as well what makes her different from others and a successful administrator. These qualities inform their good leadership and management.

Himani follows Pareto’s principle, which says that out of all the things you do in your life, only 20 percent of the work gets 80 percent success. Along with this, you do 80 percent of the work in such a way that you get 20 percent success, such as sleeping, traveling, partying, unnecessary chatting etc. Himani says that she only believes in her hard work. There is no shortcut to success and one who works hard never fails. She keeps trying to upgrade herself with time.

On the company’s fourth anniversary this year on the direction of the company’s CEO Himani Mishra, all the brand radiators will also be gifted one-third of their salary as bonus. Due to which all the staff looked very happy. After the end of Corona pandemic and continued successful performance of the company, this year Brand Radiators will make the Foundation Day celebration of Brand Radiator unique in their own way and are looking forward to participate in the program with great enthusiasm.

Bihar government is starting a “talent search program” in every district