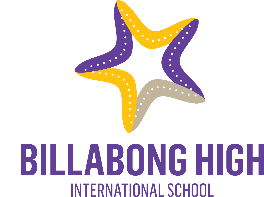 The students of Billabong Malad participated in different Maths Olympiad competitions of different countries conducted in December. In which at first, grade 10 student Aryan Prakash won the Gold medal in the International Junior Mathematics Olympiad Competition organized by Singapore International Mathematics Contest Centre (SIMCC). Aryan won this competition by securing a top position among students from 35 countries. While his junior, Siddharth Kannan, a student of grade 9, won the Gold Medal in the American Mathematics Olympiad (AMO) 2021. Among other students, Lakshya Sarin and Sparsh Bhimrajka won silver medals in the American Maths Olympiad (AMO) 2021 and Thailand International Maths Olympiad (TIMO) 2021 competitions respectively. The results of which were announced in January 2022.

Aryan Prakash, one of the winning students aspires to become a scientist at NASA as one of his long-term goals. He said, ” Mathematics has been my favorite subject. Problem-solving in Mathematics is a great way to develop the mind. I won the competition organized by SIMCC last year also. It has become my passion to participate in such competitions. I aspire to become a scientist as I believe Mathematics opens the gate of future possibilities and discoveries which can benefit entire humanity.”

Ecstatic over the achievements of the students, Dr. Madhu Singh, Principal, BHIS Malad said, We are extremely proud of our students who have represented their school as well as the country on the global stage and won medals. At Billabong, we aim to highlight the hidden abilities and talents of the students and nurture them as well as motivate them to win. I have full faith that in the coming times these bright students of ours will make the school proud by earning more achievements and will continue to inspire other students as well”, she said.

India Education Diary Bureau Admin May 13, 2022
Sanskriti University’s 3rd Annual Convocation will be held on May 14. To grace the occasion…

Study finds cells take out the trash before they divide