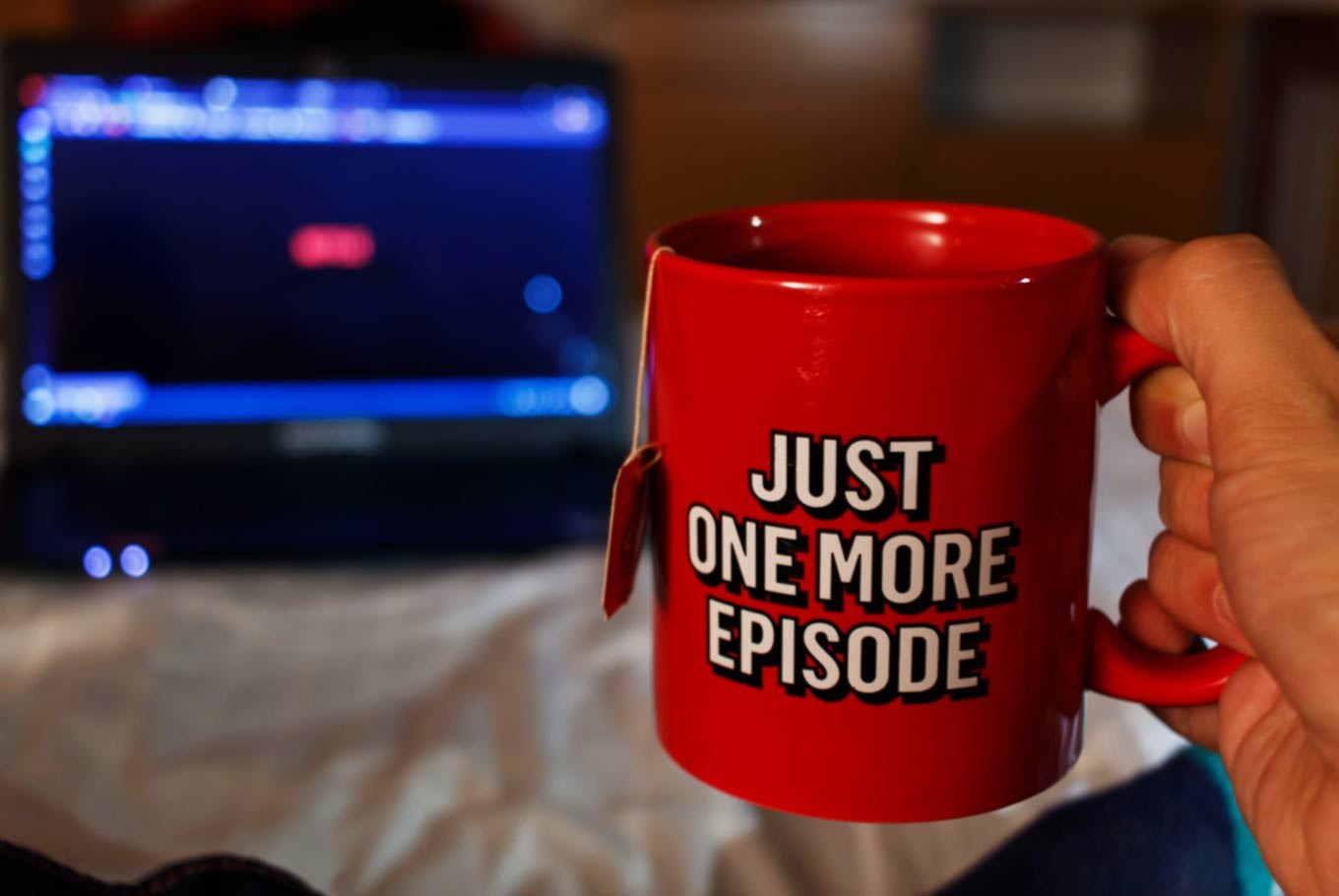 Binge Watching is Bad for Viewers and Business

People looking forward to binge watching their favorite TV shows over the holidays could be surprised to find that it’s not only bad for streaming platforms, but also negatively impacts their personal viewing experience.

Jeff Galak, associate professor of marketing at Carnegie Mellon University’s Tepper School of Business, has found that bingers tend to watch too quickly for their own good.

“When people are allowed to consume enjoyable experiences like TV shows at their own pace, they experience a lot of what we call ‘hedonic decline,'” Galak said. This idea of “hedonic decline” speaks to how enjoyment of once loved experiences decreases with repetition.

“On the other hand, when people are forced to slow down how quickly they consume, they tend to keep enjoying their favorite experiences for much longer,” Galak said. “For streaming services with a slower viewing schedule, viewers actually will enjoy what they’re watching more, and across a longer period of time.”

Because their enjoyment doesn’t decline, Galak said people will keep watching more episodes and seasons before quitting. Additionally, by virtue of the fact that they’re going through a season at a slower pace, they can enjoy a TV show for a longer time period.

Galak’s colleague Pedro Ferreira, associate professor of information systems in CMU’s Heinz College of Information Systems and Public Policy, said many streaming services bought into binge watching as a way to get consumers in front of the screen as much as possible. But even with platforms’ deep catalogues, consumers still have limited time and specific preferences on what they’d like to watch. As binge watchers keep returning to a platform to search for more content, Ferreira said they will eventually see the quality of their matches diminish, which could lead them to cancel their service.

A viewer watching Netflix on a laptop”However, it would be difficult to take binge watching away from consumers now because they are used to this high intensity consumption,” Ferreira said. “But if one platform does it, then I think all platforms will do it. Everybody is realizing right now that you don’t have enough content to feed the interests of binge watchers.”

Ferreira and Galak also point to the obvious: Binge watching allows consumers to rapidly consume the content they want to watch and, in turn, cancel their subscription earlier than they might otherwise.

Some platforms, such as Disney+ with “The Mandalorian,” are releasing shows on an episode-by-episode basis, and that could help keep viewers for a longer period of time. But Ferreira said a once-a-week release might not be enough to motivate viewers to keep watching. He said there likely is an optimal cadence between a once-a-week release and releasing an entire season at once to keep viewers hooked.

“If a new subscriber can binge watch everything of interest to them inside of a platform’s free trial period, then they might never pay a subscription fee,” Ferreira said. “That is impacting the industry quite dramatically.”

Outstanding teaching achievements at the University of Mannheim recognized