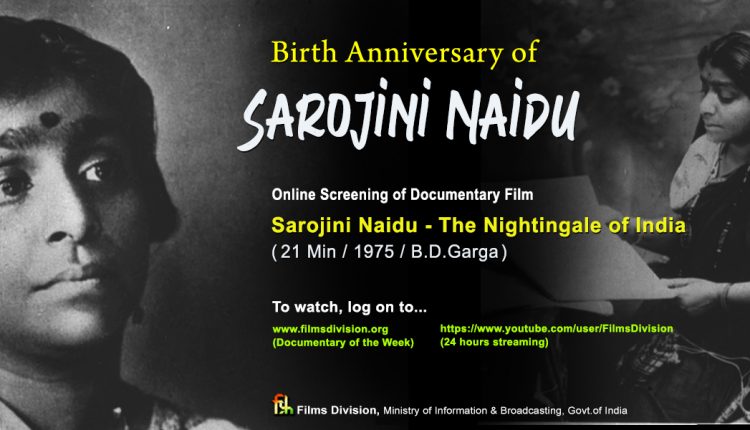 Biopic to be streamed as a tribute to Sarojini Naidu on 13th February, 2022 on Films Division website and YouTube Channel

Films Division is paying tribute to Sarojini Naidu, a doyen of Indian Independence movement, famously called as ‘Nightingale of India/ Bharat Kokila’, on her 143rd birth anniversary on 13 February, 2022. A biopic on her will be streamed on FD website and YouTube channel to mark the occasion. This screening is a part of ‘Azadi Ka Amrit Mahotsav’ celebration by the Ministry of Information & Broadcasting, Government of India.

The documentary Sarojini Naidu – The Nightingale of India (1975/B.D. Garga), throws  light on the versatile personality who was a great freedom fighter, poet and the first women Governor of an Indian state. More importantly, the film has Sarojini Naidu’s voice, addressing the Asian Relations Conference.

iednewsdesk May 18, 2022
Vibrations during 3D printing either slow down the process or warp the parts, but new software could enable…