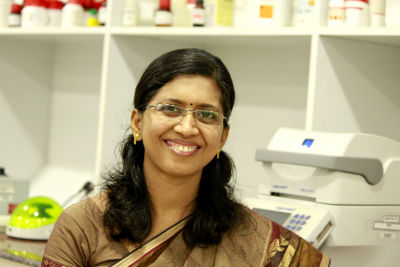 The biotech researcher is the recipient of the five-year Fellowship, which is a re-entry scheme to attract highly skilled Indian researchers working abroad in cutting-edge disciplines of biotechnology by providing them attractive avenues to pursue their research in Indian institutions.

Said Dr. P. Venkat Rangan, Vice Chancellor, Amrita Vishwa Vidyapeetham: “Inspired by our Chancellor Mata Amritanandamayi, our world-class faculty and research work are our main strength. We are extremely delighted that one of our researchers has been awarded the Ramalingaswami Re-entry Fellowship by the Indian Government. It is a prestigious recognition to the scientist who has returned from abroad to take up assignment with us. It highlights the fact that the Indian Government is appreciating the key role being played by Amrita Vishwa Vidyapeetham in reversing brain drain into brain gain for the country.” The fellowship is offered to researchers and scientists of outstanding track record with at least three years of post-doctoral research experience, of which last two years should be from an overseas laboratory.

Dr. Indulekha CL Pillai joined the Amrita School of Biotechnology, Amrita Vishwa Vidyapeetham, in 2016. She earned her PhD from Rajiv Gandhi Center for Biotechnology. She finished her post-doctoral fellowship at the laboratory of Dr. Arjun Deb at University of California (2011-2015). Later she moved to Cedars Sinai Medical Center, Los Angeles. Dr. Pillai has received several recognitions throughout her academic career. She is a member of the American Heart Association (AHA) and International Society for Stem Cell Research (ISSCR).

Amrita Vishwa Vidyapeetham has been ranked 9th best university in India in the National Institutional Ranking Framework (NIRF) 2017 of the Ministry of Human Resource Development (MHRD) – the only private university to figure in the top 10 universities of the country. This is formidable achievement considering that Amrita was established less than 15 years ago.