Nearly 40 Black students from high schools in the Greater Toronto Area have been taking part in science workshops provided by science departments in the University of Toronto’s Faculty of Arts & Science.

The outreach program, called Pursue STEM (science, technology, engineering and math), began in March and will run until August. The online workshops cover a diversity of topics, including artificial intelligence, programming languages, number theory, vulcanism and other geological processes, spectroscopes and more.

It was developed through a partnership between the department of physics, U of T’s Office of Student Recruitment and the Lifelong Leadership Institute’s Leadership by Design program. 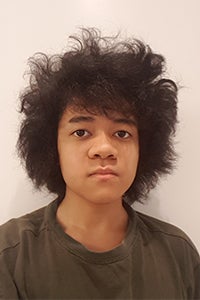 “I’d like to pursue a career in research or academia, possibly in pure mathematics,” says Tate Chin, a Pursue STEM student attending St. Augustine Catholic High School. “The program is definitely helping me towards that goal.

“It’s offered me a lot of exposure to university students and professors, which has provided me with an idea of what it’s like to do research.”

U of T departments participating in the initiative include: physics, astronomy, chemistry, computer science, Earth sciences, mathematics, statistical sciences and the School of the Environment.

“I’m enjoying the interactive nature of the program,” she says. “And I like being surrounded by students who share a like-minded intellect and ethnicity.”

David Bailey, a professor of particle physics and chair of the department of physics’ outreach committee, is a lead organizer of the program.

“Everyone who is curious about the world should have an equal opportunity to learn about the physical and mathematical universe,” says Bailey. “But this is not always apparent when you look around our university.

“For example, we currently have almost 200 graduate students in our department. But in many recent years none of them have been Black, despite being in a city where nine per cent of the population is Black – and the percentage is even higher amongst young people.”

When Bailey became outreach chair in 2017, he and Sheela Manek, the department’s special projects co-ordinator, started reaching out to under-represented groups, particularly Indigenous and Black students.

Eventually, Lydia Gill in U of T’s Office of Student Recruitment introduced Bailey and Manek to the Lifelong Leadership Institute, an educational organization dedicated to developing leadership skills among Canadian youth of Jamaican, African-Caribbean and Black heritage.

“The Leadership by Design [program] was a perfect match for what we were trying to achieve,” Bailey says. 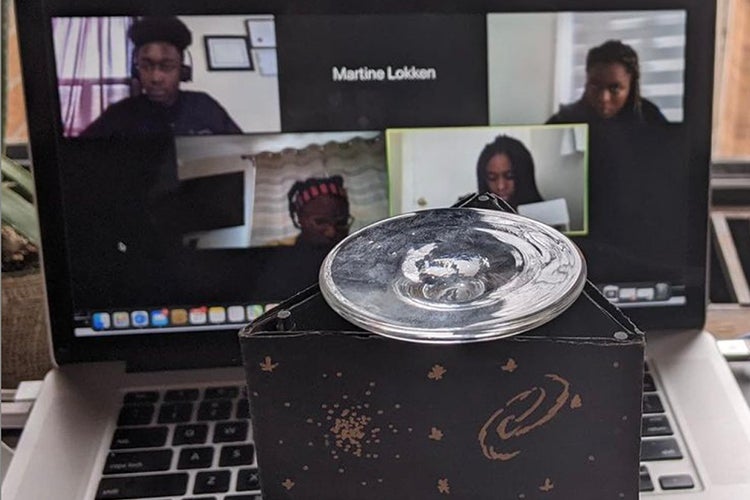 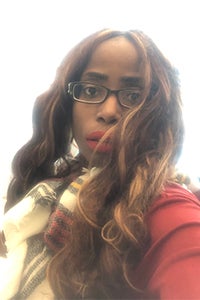 “I think it’s very important for the students to see a face that’s similar to their own,” says Nnenna Asidianya, a Pursue STEM instructor and PhD student in the department of statistical sciences. “It’s important to hear from people who look like you that you can do this – that it’s possible.

“Even as an undergraduate, I was always the only Black student,” says Asidianya. “I often had to motivate myself and tell myself, ‘I can do this.’ So, it’s important for students to see a Black scientist, a Black statistician or a Black mathematician, and get encouragement from them.”

In the astronomy session, students explored Einstein’s theory of general relativity, how black holes distort the light of distant galaxies and other extreme astronomical phenomena related to gravity.

“Programs like this are important because people of colour are still terribly under-represented in STEM fields,” says Ilana MacDonald, a Pursue STEM instructor and teaching support administrator in the David A. Dunlap department for astronomy and astrophysics. “This has to change in order to have the best people pursuing these careers.”

In addition to the workshops, students are working on a project to develop a means of surviving a fictional pandemic not unlike COVID-19.

“What I’ve been enjoying most about the program is the final project,” says Chin. “It’s given me an opportunity to teach myself statistics and data analysis, and how to apply them to a real-world situation.”

With the success of Pursue STEM, Bailey and fellow organizers are discussing how to make it an ongoing program. A sustained effort will enable support for new students as well as the current cohort as they move through Grade 11 and 12 – possibly even offering Grade 12 students a dedicated university credit course.

That would suit Green-Vassell just fine.

“My wish is to pursue science as a career and become a doctor,” she says. “And the program has provided me with great guidance.

“I know it will help me gain knowledge and access resources that I can use to put me closer to fulfilling my ambitions.”