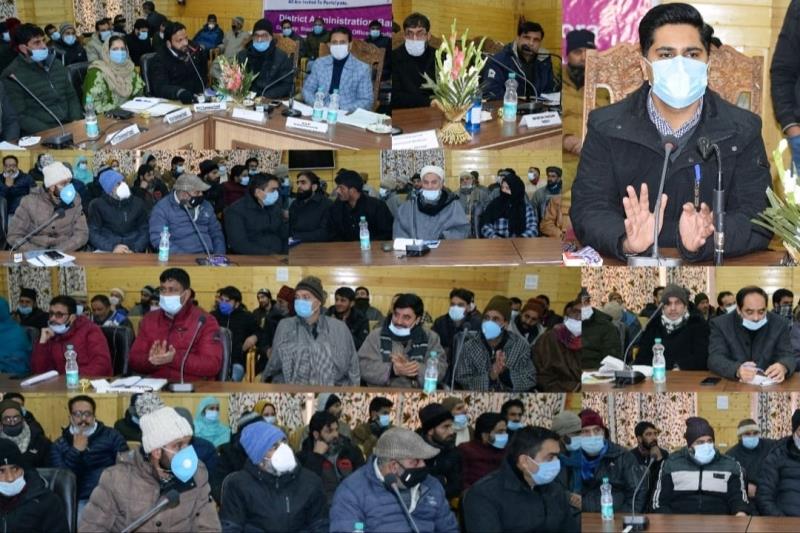 He on the occasion interacted with the public besides reviewing the developmental activities taking place in the block.

Dozens of delegations including representatives newly elected members of District Development Councils, BDC chairpersons and other members of Panchayat Raj Institutions besides scores of individuals called on the DC and apprised him about the problems faced by them in day to day life.

The DC after giving patient hearing to the delegations, he passed on spot directions for the resolutions of various grievances while several committees and joint teams were constituted to resolve issues raised by the people during the program.

Dr Owais said that the government officers have left their offices and reached to the people at their doorsteps across the district to listen to their grievances and get an on-spot feedback of the service delivery system at grass roots level.

On Global Handwashing Day, UNICEF warns that 3 in 10 people…

He said reaching out to the people has established an efficient and effective grievance redressal mechanism which is being monitored at different levels.

The Block Diwas was also observed in all the blocks of the district, with enthusiastic participation of the public despite adverse weather conditions during which officers listened to public issues, grievances and demands.

Similar program was also held in Gurez Sub-Division where Sub-Divisional Magistrate Gurez along with other officers interacted with the people and listened to their grievances and also initiated required redressal measures.