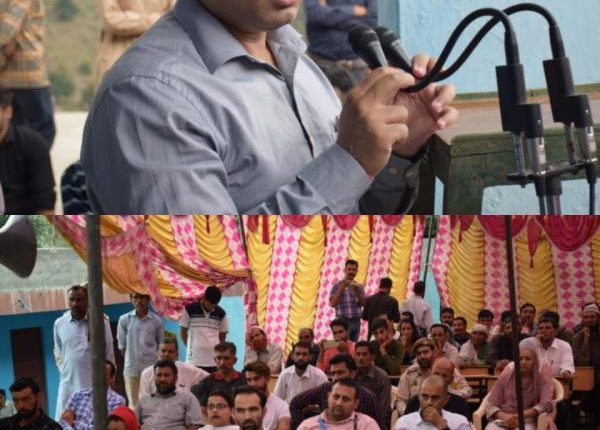 During the event, the public and their representatives raised a number of issues and demands of their areas seeking macadamization of roads, upgradation of Govt institutions, paucity of staff, better health care facilities etc.

Officers of different departments also briefed the public about the schemes being implemented in the district and motivated them to avail the benefits of the same. They also responded to the public queries pertaining to their departments.

Responding to the issue of scarcity of water, the SE Hydraulics informed that Rs 8.17 crore water supply scheme has been approved under JJM for Panjgrain and on its completion all households of the block would be provided with tapped water supply.

ADDC, Pawan Kumar said that the District Administration was committed to provide hassle free services to the general public and all efforts are being made in this regard. He also urged the public to get themselves enrolled under the social security schemes to avail the necessary benefits of the schemes.

The DDC gave a patient hearing to all the issues projected by the public during the event and assured them that all their genuine concerns would be redressed in a phased manner.

The DDC also highlighted a number of livelihood generation schemes of the Govt and urged the youth to avail the benefits of the same.

He also urged the PRIs to play a crucial role in the development process and ensure that all the developmental works being executed in their respective areas were completed within the set times while adhering to quality parameters.

While responding to the public issues and demands, he exhorted the officers to take immediate measures to mitigate the problems of the people highlighted during the public outreach programme.

The DDC also distributed Pahari, ALC, ST and income certificates among the beneficiaries.