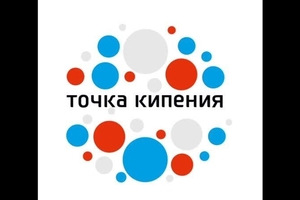 Today, there are 111 Boiling Points throughout Russia, including the space for collective work “Boiling Point – Petrozavodsk”, opened in 2017 on the basis of PetrSU.
For 3.5 years of the center’s activity, over 1000 events of various formats have been organized. These are numerous trainings, webinars, seminars, round tables, foresight sessions, hackathons, business games, dictations, forums, festivals, etc.

In 2020, the life of the Boiling Point has seen some significant changes. So, in addition to getting involved in online activities, the coworking center has become a platform for organizing a regional headquarters “We Are Together.” The headquarters first opened in March 2020 and functioned for 3 months. In November, his work resumed: volunteers began to actively help the elderly and citizens with disabilities and deliver the necessary food and medicine.

A separate area of ​​activity of the Boiling Point is international cooperation, which was also maintained and developed, despite the restrictions imposed around the world. The technical equipment of the halls of the center made it possible to continue working on international projects in a remote form without hindrance. Broadcasts of events that took place at the Boiling Point site can always be found on the Youtube channel .

Throughout the year, the coworking center staff introduced students from various institutes of PetrSU to the basics of project activities. The obtained theoretical knowledge was immediately applied in practice: from the first lesson, students began to develop a project, which they presented at their defense in December. The students’ work was evaluated by an expert jury, which included teachers from PetrSU and local entrepreneurs.

In addition to trainings on project preparation, seminars on export activities from the REC School for exporting entrepreneurs were held on the basis of the Boiling Point. Classes were conducted by regional trainers whose qualifications were confirmed by the Russian Export Center. In total, 7 trainers have been selected from Karelia, including employees of the Boiling Point.

In general, many events are held at the Boiling Point throughout the year, at which topical issues of tourism, urbanism and design, strategic management, social entrepreneurship and other areas of activity are discussed and resolved. The most in-demand topics in the past year were the topics of entrepreneurship, international cooperation and education.

Go to the site , register and create a variety of events with the support of Boiling Point – Petrozavodsk.

PetrSU: On the results of the career guidance work of the Department of Management and Social Development for 2020