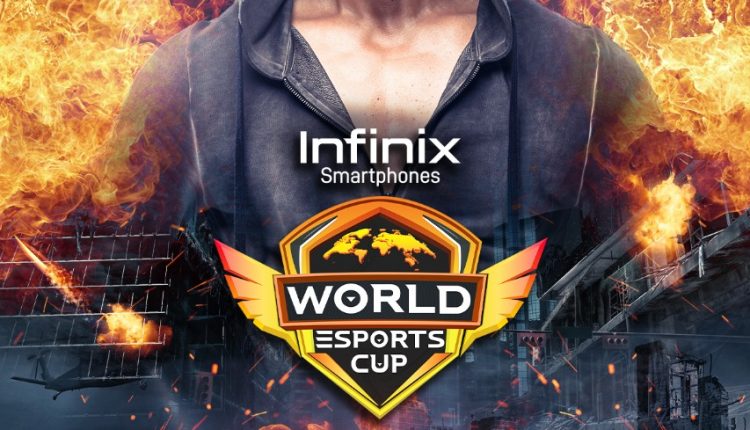 New Delhi : While the World Esports Cup 2021 (WEC ’21) is all set to showcase the best rivalries, star Bollywood actor Tiger Shroff will be cheering the Indian contingent as he announced his support for the Indian team and its gamers, competing for the title and the enormous prize pool of $100k. Apart from India, the tournament will witness participation of the best esports athletes from arch-rivals Pakistan and Nepal.
In a special video, the B-town action heart-throb came out in support of the Indian gamers and also welcomed the participants from Nepal and Pakistan as the South East Asia’s prestigious tri-nation esports tournament is scheduled to begin on November 25 with the top gamers competing in one of the most popular battle royale game, Free Fire. The Bollywood sensation will connect esports to the mainstream and WEC ’21 campaign #GameHaiToFameHai that encourages players to showcase their top game and get rewards as well as recognition in the industry.
“Esports has shown a great potential in India as well as globally. I’m really excited to cheer for the Indian gamers in this action-packed mega tournament and urge fans to join us, extending their support to the participants.” Tiger said.
This is not the first time Tiger has been involved with esports. The actor, who is known for his passion for sports and mixed martial arts and has a strong influence on the dynamic millennials and Gen-Z, was named as the brand ambassador for the 2021 Esports Premier League, which proved to a grand nationwide success.
The event will be played over a period of three months, witnessing 33-plus days of live streaming on the official YouTube and Facebook channels of India Today and Aaj Tak along with their websites.
After the initial regional qualification rounds, top-4 squads from each country will fight it out in the Grand Finals of the WEC ’21.
World Esports Cup Director Vishwalok Nath said, “Tiger cheering the Indian contingent will go to make the competition extra special and more exciting to watch out for. And not to forget the famous rivalry that has been so far a blockbuster in cricket and will now be seen in esports too which will test the ultimate strategies, coordination and tactical skills.”
With Infinix Smartphones as the title sponsor, registration for the inaugural edition of the WEC ’21 will begin on Saturday (October 23) and the athletes and esports enthusiasts from the three regions can register themselves until November 23.
To participate in the league, gaming enthusiasts and gamers above the age of 16 can register themselves on:
https://www.itg.gg/