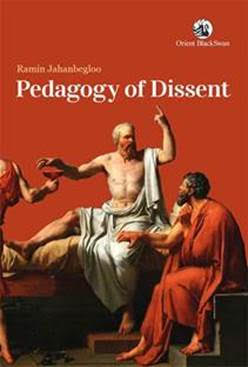 Dissent is a mode of articulating difference and questioning social reality, injustice and inequity. Dissent is therefore never given to us, but is struggled for and achieved through a critical engagement with society and the world. A dissident is one who has the will and the ability to challenge and subvert existing normative social, political and cultural norms in a society by reproducing his or her own intellectual, aesthetic and ethical values.

A pedagogy of dissent is thus concerned with the process by which citizens become educated as agents of change, and also develop a heightened conscience, courage and humanitas—as against mass apathy, selfishness and fear. The struggle to create a more just society and world is simultaneously the struggle for a transformed and empowered humanity in control of its own destiny.

Renowned philosopher Ramin Jahanbegloo, through a study of the lives and works of key historic figures who spoke the truth to power and who, by their courage and integrity, moral and intellectual, strove for fundamental human rights and liberties, shows how their pedagogy of dissent enables us to review the ethical and the political as two sides of the same coin. These iconoclasts—including Socrates, Malcolm X, Gandhi, Paulo Freire, Gustavo Gutiérrez and B. R. Ambedkar—remain an inspiration for all those who believe that the power of dissent is vital for the permanence of democracy. Their legacy has never been more resonant and relevant as today, when the civic space and freedom to question the tyranny of power is globally under threat.

Book Profile: In Pursuit of Unhappiness: Reflections on Suicide By Ramin Jahanbegloo