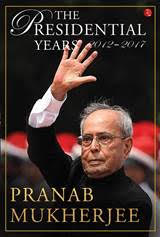 The Presidential Years offers a fascinating account of how one of the country’s most respected veteran politicians reshaped the functioning of Rashtrapati Bhavan and responded to tumultuous events as the country’s first citizen, leaving behind a legacy that will be hard to match. Pranab Mukherjee became President of India after having spent several decades in politics, and there was great speculation over how he would approach his new bipartisan role after having been associated with a political party for so many years of his life. By the time he had served his term, Mukherjee had won the respect and admiration of people from across the political spectrum, including those who were his rivals when he was a political figure. He had the occasion to work with two prime ministers, belonging to two parties who were (and are) fiercely opposed to each other, and he managed to do so with aplomb.

PRANAB MUKHERJEE entered Parliament at the age of thirty-four and rose to become the 13th President of India. A man of unparalleled experience in governance, he has the rare distinction of having held various portfolios—sometimes concurrently—as Minister of Defence, External Affairs, Commerce and Finance. A seasoned parliamentarian, he was elected to the Rajya Sabha five times and to the Lok Sabha twice. He was a member of the Congress Working Committee, the highest policymaking body of the party for a period of 23 years, till he became the president.

A soft-spoken man of steely determination, Pranab has been the go-to person in times of crises, both for the Congress and others. His role as a consensus-builder and his ability to forge unity amongst diverse political parties has earned him the respect of one and all.

Pranab Mukherjee’s grasp of international relations, financial affairs and parliamentary processes combined with his phenomenal memory make him one of the most important and admired politicians of contemporary India.