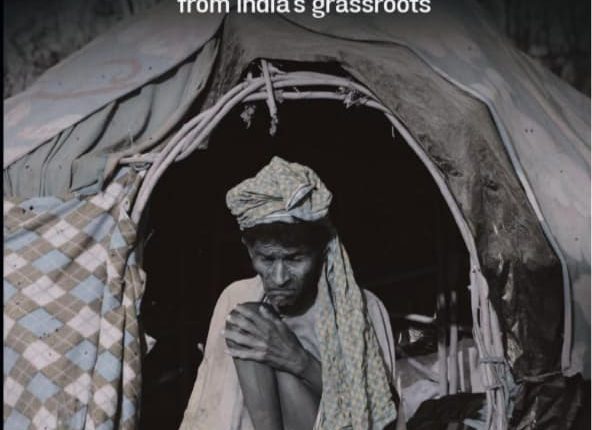 Book Review: FACES OF INEQUALITY: Stories of the poor and underprivileged from India’s grassroots 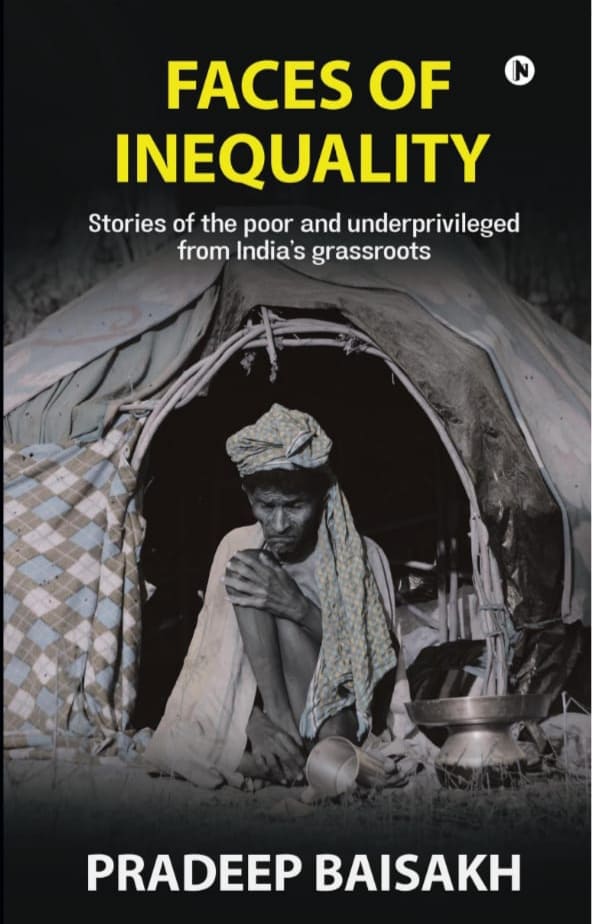 Amid the talks of a five trillion dollar Indian economy, there is still an India where people struggle to arrange two square meals a day. Many strive hard for basic needs of food, health and education. Often unheard and ignored, these voiceless people mostly don’t matter to the mainstream media. This book, through various ground reports over a decade and a half, captures the stories of the most marginalised people of society. All the reports should serve as a warning bell till the time another man dies of starvation in Odisha, a girl is raped in brick kilns of Andhra Pradesh, a poor child is forced to work in the cotton fields of Gujarat or an HIV positive woman is thrown out of her house. These are not mere real-life stories but a chronicle of policy and governance failures. The reports analyse the systemic causes of such failures. But all is not lost. Still, there are rays of hope amid the bleak picture. Many positive stories show us how, with the right policy interventions and community effort, the lives and livelihoods of the marginalised can flourish.

The author makes comparison between the rich and the poor while explaining inequality by narrating a personal experience. The comparison of a luxurious life in a metro city and a precarious life in a village depicts the stark reality of the economic discrimination in India. The money spent in a Delhi pub in a night, if saved, can feed a village consisting of 250 families in Balangir district for a month. And this is inequality!

The book discusses the evolution of the inequality debate in the global level and in India. Poverty and inequality discussion goes side by side. A large percentage of population is poor because a few people are super-rich and the global economic system is designed to foster such inequality. The ’Occupy Wall Street’ protest in New York in 2011, which used the slogan, ’We are the 99’ signifying the concentration of wealth in the top one per cent population implying this fact. The book goes beyond the intellectual debates on inequality and attempts to give a human face to inequality – the “Faces of Inequality”! 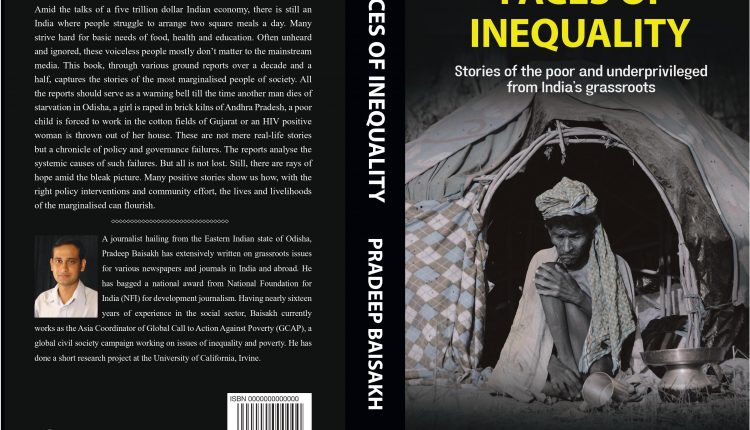 The book has 7 parts and 44 articles. The articles are reproduction of author’s grassroot based write-ups published in various newspapers and journals in India and abroad in last fifteen years. The issues covered are starvation, distress migration, employment guarantee act, right to information, forest issues, self-help movement, industrialisation and violence, agrarian distress and farmers suicide, disaster etc.

The first article is on the hunger death of Jhintu Bariha’s family in 2011 from Balangir district of Odisha. The government is always in denial whenever there is a report of alleged starvation death. But circumstances and independent observations suggest that the deaths are actually triggered by hunger.

The articles on distress migration discuss the factors leading to forced migration of people belonging mostly to tribal and Dalit communities mainly from western Odisha to neighbouring states and the associated adversities.

Under industrialisation, the famous anti-POSCO (Pohang Steel Company, a South Korean steel giant) struggle in Odisha has been discussed in some stories exposing how far a government can go to criminalise its own people for a foreign company. On the other hand, the people who willingly gave away their land to the company, which never came into being, lost their livelihood and are living a life of penury.

Part IV discusses the state of implementation of the progressive laws in India on right to information and rural employment. The stories bring forth how people struggling for their rights face backlash from state and non-state actors. But in some cases, the resilience of people also shows the strength of people’s power, for example the fight of people in Delhi slums to streamline the public distribution system using the right to information law.

The self-help movement of women in India has shown significant results in the socio-economic empowerment of women.

The book also discusses the plight of millions of migrant workers across the country who had to walk hundreds of kilometres during the lockdown, after the outbreak of novel coronavirus that took shape of a (COVID – 19) pandemic in 2019, to reach their homes. A story narrates the ordeal of Rakesh, a homeless migrant worker in Bhubaneswar, who breaks down while asking for food during the lockdown. And there are several such migrant people who reported to live in hunger immediately after the lockdown was imposed in March 2019. There is also a story on how the Odisha government, through its proactive intervention, used the self-help groups to procure and distribute basic grocer and vegetables to the villagers in Malkangiri district during the pandemic induced lockdown.

The book discusses the farmers’ suicides, conditions of people living with HIV, people with disabilities and the fallout of communal clashes. Like the hunger related deaths, the government would never accept a farmer’s suicide.

Foreword for the book is written by Dr Devinder Sharma, Food and agriculture policy analyst and an authoritative voice on farmers’ issue in India.

The book is a good read for policy maker, social workers, and all people who live a better life but are often oblivious of the people living in distress in their own neighbourhood.

FACES OF INEQUALITY: Stories of the poor and underprivileged from India’s grassroots 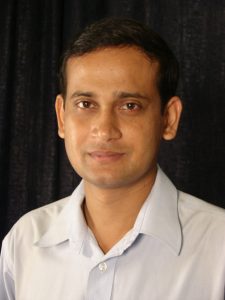 A journalist hailing from the Eastern Indian state of Odisha, Pradeep Baisakh has extensively written on grassroots issues for various newspapers and journals in India and abroad. He has bagged a national award from National Foundation for India (NFI) for development journalism. Having nearly sixteen years of experience in the social sector, Baisakh currently works as the Asia Coordinator of Global Call to Action Against Poverty (GCAP), a global civil society campaign working on issues of inequality and poverty. He has done a short research project at the University of California, Irvine.

FACES OF INEQUALITY: Stories of the poor and underprivileged from India’s grassrootsPradeep Baisakh
Share FacebookTwitterGoogle+ReddItWhatsAppPinterestEmail