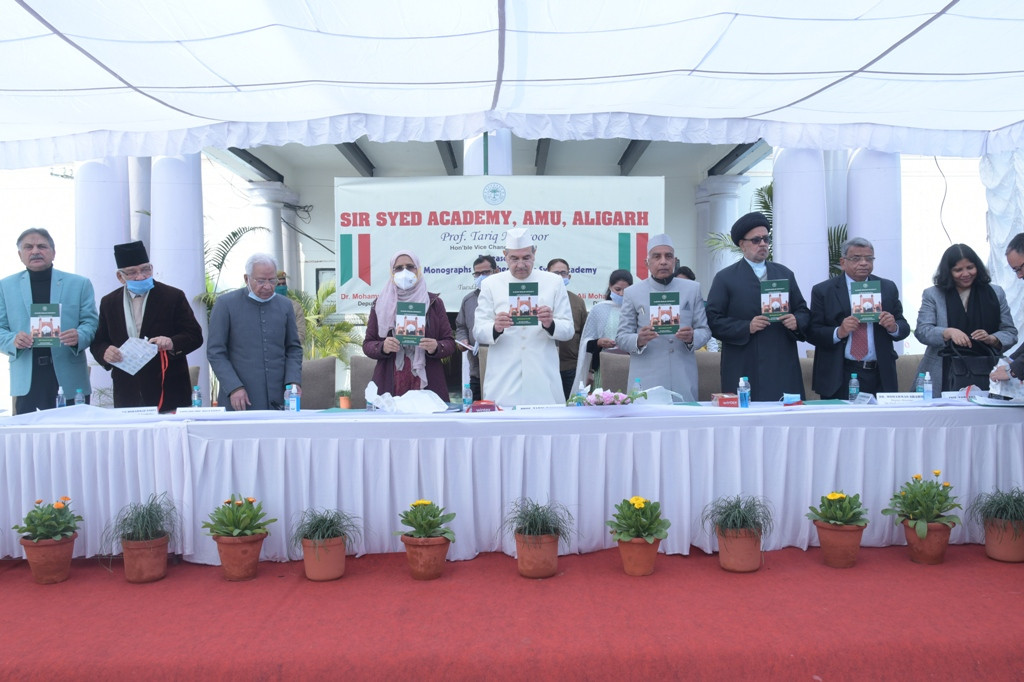 Aligarh: Four books, carrying exquisite portrayals of inspiring people who left colossal impacts on the Aligarh Muslim University (AMU) were released by the Vice Chancellor, Professor Tariq Mansoor to mark the Republic Day and eventful centenary year in an event organised by the Sir Syed Academy.

In the presidential address, Vice Chancellor, Prof Mansoor said that these books narrate a big portion of AMU’s history in the most quintessential ways.

Prof Mansoor highlighted the crucial role of the Academy in the digitization of books and important documents and thanked the entire AMU fraternity for the efforts and dedication to the development and advancement of the university.

The book provides the readers with a riveting narrative on the persona of Sir Ross Masood, who also served as the AMU Vice Chancellor, said Prof Zillur Rehman.

He was giving views on Col. Bashir Hussain Zaidi by Prof Vibha Sharma.

Prof Farhatullah applauded the author’s efforts in bringing out details of Col. Bashir’s life and works and his passion in construction of buildings, for which he was known as Shah Jahan of AMU.

He spoke on how Sir Syed’s close companion, Raja Jai Kishan Das remained dedicated to the Aligarh Movement till his last breath.

This short book will be widely circulated among the students and staff members of the University, he added.

Dr Shahid also extended the vote of thanks.

In the welcome address, Prof Ali Muhammad Naqvi (Director, Sir Syed Academy) informed that the Sir Syed Academy has recently published more than 20 primary books and monographs on Aligarh Movement and Sir Syed Ahmad Khan which were not available.

A Stellar Line Up Of Brilliant Minds at Tata Literature Live! The Mumbai LitFest 2021…