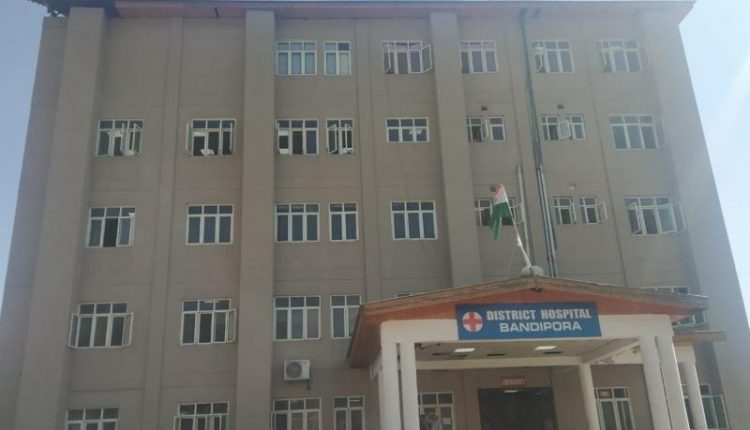 3 District Hospitals of the Union Territory of Jammu and Kashmir including District Hospital Bandipora was ranked as top performers for the year 2018-19 on the basis of already identified indicators.

The best practices of top performing District Hospitals on said indicators were evaluated for healthcare institutions of the States/UTs. NITI Aayog has requested to document such best practices for replication throughout the country.

District Hospital Bandipora has been ranked first in Bed occupancy rate as it had recorded 100 percent bed occupancy for the year.

Dr Owais complimented the healthcare workers for working tirelessly that have brought laurels to the district and said the top rank indicates that people have reposed trust in healthcare services available at the hospital and the abilities of the doctors present in the government hospital.

He said the acknowledgement by the top most think tanks of the country will further boost the morale of the healthcare workers who are working beyond duty hours from the past two years to fight pandemic besides their routine duties.

He said such best practices shall also be implemented in the other healthcare institutions of the district.