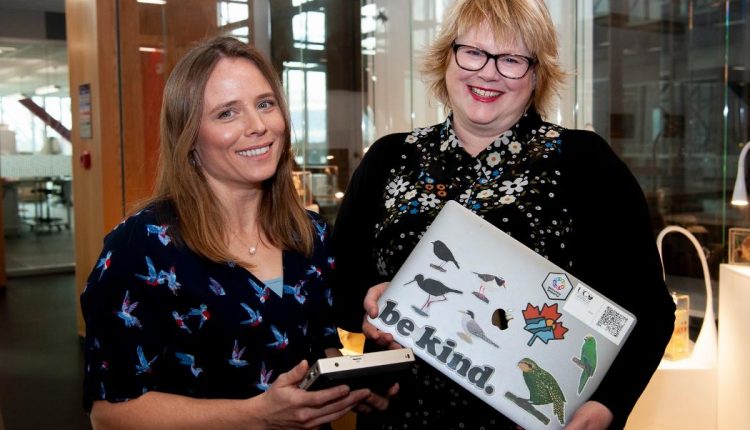 Breakthrough for kākāpō hatching could be in the genes

A University of Canterbury-led nationwide project investigating the DNA structure of the flightless parrot in a bid to find the cause of high hatching failure is launching later this year.

Leading conservation geneticist Dr Tammy Steeves, an Associate Professor in the School of Biological Sciences at the University of Canterbury, believes the research will be the first in the world to investigate the relationship between DNA structure and early hatching failure.

It builds on her team’s earlier work using genomic data to boost the recovery of New Zealand’s endangered birds.

“There is growing evidence that differences in DNA structure play an important role in determining other reproductive traits in birds,” she says.

“Our research will use new and established techniques to explore the genetic basis of early hatching failure in kākāpō. We believe this knowledge will transform the way we manage endangered species.”

One of the main challenges facing kākāpō is high rates of hatching failure – 61% of their eggs fail to hatch, and of these 73% show no sign of development.

An important first step in the research is obtaining a karyotype – a snapshot of kākāpō DNA coiled into chromosomes. Once created, it will be the first of its kind generated in New Zealand for a native bird. This work, funded by the University of Canterbury’s Biomolecular Interaction Centre, and described by Associate Professor Steeves as “critical”, is being carried out by scientist Joanna Roberts and her team at Flowjoanna.

The karyotype will help the team target and isolate chromosomes for sequencing to reveal differences in DNA structure believed to be linked to early hatching failure in kākāpō.

Associate Professor Steeves is working on the project with University of Canterbury doctoral student Jana Wold and fellow members of the Kākāpō125+ Consortium which includes the Department of Conservation’s Kākāpō Recovery Team and Te Rūnanga o Ngāi Tahu. A team of New Zealand and international experts in conservation, genetics and cytogenetics are also involved, including the Smithsonian-Mason School of Conservation in the United States.

Assuming the work proves successful with kākāpō, Associate Professor Steeves and the team aim to work with the Department of Conservation’s Tara Iti Recovery Group, including iwi and hapū representatives, to apply the same techniques to New Zealand’s most endangered bird, the tara iti (fairy tern).

Associate Professor Steeves is confident the team’s multi-disciplinary approach can be adopted to help other endangered species around the world.