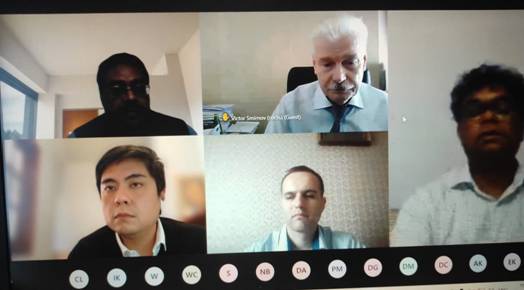 New Delhi: BRICS Nations have unanimously agreed on an innovation co-operation at the 11th BRICS S&T Steering Committee Meeting. The proposal put forward by India would be considered at the BRICS Science, Technology and Innovation Entrepreneurship (STIEP) working group for elaborating the action plan.

The concept note and Action Plan for BRICS Innovation Cooperation 2021-2024 was discussed during the meeting organized on June 22, 2021 to review the implementation of BRICS Science, Technology and Innovation(STI) Calendar of Activities. The discussions also included BRICS Young Scientist Conclave, BRICS Senior Official Meetings and BRICS Science and Technology Ministerial Meeting; BRICS Partnership in India’s Technology Summit, and call for Proposals 2021. It was attended by Representatives from BRICS scientific ministries.

Hosted by the Department of Science and Technology (DST), GoI, the meeting was led from the Indian side by Sanjeev Kumar Varshney, Advisor & Head International Cooperation. Representatives from Department for Promotion of Industry and Internal Trade (DPIIT) and Confederation of Indian Industry (CII) also participated in it. This meeting was hosted as a part of the series of sectoral events including Minister level meeting and BRICS Summit.

India which has assumed the BRICS presidency from January, 2021 will host 6th edition of BRICS Young Scientist Conclave during 13-16 September 2021. As proposed by India, the thematic areas for conclave would include healthcare; energy solution and; interdisciplinary cyber physical system. The announcement for Conclave will be made in first week of July.

River runoff, glacier melt and seasonality of flow in rivers projected to increase in future