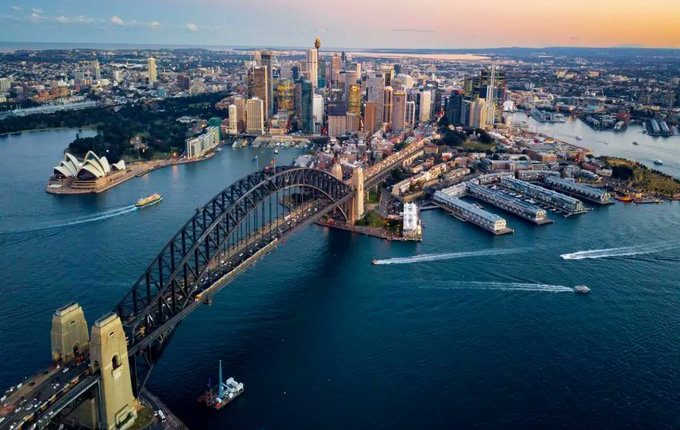 Brisbane to host the 2032 Olympics

New Delhi: Brisbane, Australia, will host the Games of the XXXV Olympiad in 2032 after being elected at the 138th IOC Session on Wednesday (21 July) in Tokyo, Japan.

The Session, operating under strict coronavirus protocols, accepted the proposal of the IOC Executive Board, made on 11 June, that Brisbane should host the Olympic Games and Paralympic Games in 2032.

IOC President Thomas Bach did not vote, as per tradition which sees presidents vote only to break a tie. IOC Members in Australia John Coates and James Tomkins were not allowed to vote.

Previously, IOC Future Host Commission submitted a report to the EB on its Targeted Dialogue with Brisbane 2032, which was opened on 24 February.

Brisbane 2032 was the first “Preferred Host” under the IOC’s new approach to host city elections.

IOC President Thomas Bach said: “Brisbane 2032 is the first future host to have been elected under, and to have fully benefited from, the new flexible approach to electing Olympic hosts. The reforms enable the IOC to work in partnership with cities, regions, and countries, to encourage Olympic projects which use a high percentage of existing and temporary venues, which align with long-term development plans, and which have a strong vision for sports and local communities.”

It will be Brisbane’s first Games, although Australia has previously hosted two: Melbourne 1956 and Sydney 2000.

Brisbane and the region of South-East Queensland is scheduled to host or co-host the FIBA Women’s Basketball World Cup in 2022, the 2022 UCI Road World Championships in cycling, and the football FIFA Women’s World Cup in 2023.

Additionally, the region hosted the 2018 Commonwealth Games on the Gold Coast, which will also hold a number of events as part of Brisbane 2032’s plan.

Proposed dates for the Olympic Games are 23 July–8 August 2032, with the Paralympic Games running from 24 August–5 September 2032.

Events are proposed to be held across 37 venues.

President Bach added: “The Brisbane 2032 vision and Games plan fit into long-term regional and national strategies for social and economic development in Queensland and Australia, and complement the goals for the Olympic Movement outlined in Olympic Agenda 2020 and 2020+5, while focusing on providing memorable sports experiences for athletes and fans.”