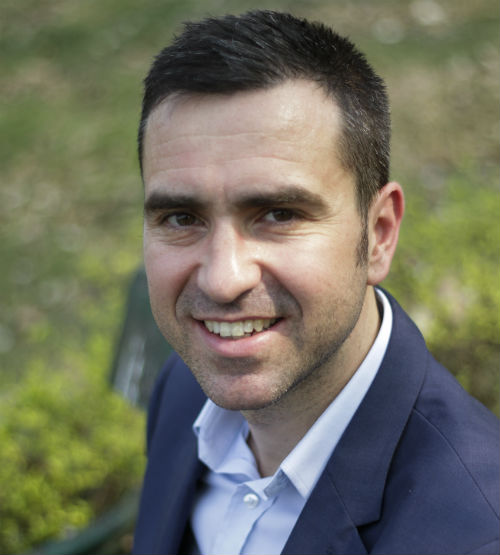 New Delhi: The British Council today unveiled Mix the Body, an interactive, digital dance experience across India, created by Flying Object with world-renowned choreographer Wayne McGregor and Attakkalari Dance Company from India. The platform has been created as part of the British Council’s UK/India 2017 initiative – a yearlong celebration of cultural exchange between the two countries.

‘Mix The Body’ is an interactive platform that enables anyone with a smartphone to create a sequence of contemporary dance, using movements choreographed by McGregor and performed by dancers from The Attakkalari Dance Company, based in Bangalore, and Company Wayne McGregor. It is the third instalment of the British Council’s ‘Mix’ series, which aims to further the organisation’s mission of cultural exchange by giving people the chance to create art, not just watch it.

Creating a dance is as simple as drawing a shape on-screen. The platform recognises these shapes and threads together a dance performance matching the gestures drawn by the user. Users then pick music to accompany the dance, choosing from specially created tracks ranging from electronic music by award-winning musician and producer Jon Hopkins to a cinematic score by composer Max Richter – or a Bollywood theme by Mumbai-based composer Meghdeep Bose. The platform then plays a full, cinematically-shot performance of the unique dance piece, and allows people to share their creations on social media. Visit MixTheBody to create your own contemporary dance choreography in the style of Wayne McGregor.

‘Mix the Body’ follows ‘Mix The City,’ a city-based music creation platform developed initially in Tel Aviv and since reimagined with a number of other cities, and ‘Mix The Play,’ developed for the British Council’s Shakespeare season in collaboration with the Old Vic theatre. The sites are developed to be simple to use and share, featuring high quality design and interactive technology.

Alan Gemmell OBE, Director India, British Council, said: “We hope to free the dancer in all of us this Diwali. Mix the Body lets you create a unique and beautiful dance performance on your mobile through a world-class collaboration with choreographer Wayne McGregor and composers Jon Hopkins and Max Richter. Mix is a highlight of the British Council’s digital programme for the UK-India Year of Culture: a programme that celebrates the UK and India’s relationship, connects with young people in both countries and inspires them to build a relationship for the next 70 years. Mix the Body is part of a series of fun, digital cultural experiences we’ve created opening up the world of theatre, music and dance to more than 1.5 million people in over 200 countries”.

Tom Pursey, founder of Flying Object, said: “Our mission at Flying Object is to make work worth watching, sharing, and taking part in – earning the attention of a generation that lives on the web for brands and organisations. ‘Mix The Body’ is a perfect example of this idea – a platform that is immersive, memorable and allows communities to experience dance, art and culture in a rich and rewarding way. It was a joy to partner with the British Council and Company Wayne McGregor on this project, as they both share that ambition of creating unexpected experiences which allow new and diverse audiences to actively engage in culture”.
Wayne McGregor, choreographer and director of Company Wayne McGregor, said: “Making your own dances can be exhilarating and fun. We hope that Mix the Body will start you off on a new choreographic adventure, creating your own unique dance miniatures in seconds, sharing them with friends and making some more. You can also learn the dances and use them to inspire longer choreographies. We can’t wait to see what you create – let your imagination run free.”

Wayne McGregor is known as an innovator not only in the field of contemporary dance with his unique dance language, but also as a strong voice connecting art and technology in research, science, and artistic expression. Wayne McGregor has also collaborated with British Council for FAR shows in India that are planned for November and December across Delhi, Mumbai, Bangalore and Kolkata. FAR is co-produced by Sadler’s Wells, London, UK and by Peak Performances @ Montclair State University, Montclair, USA and is made possible in part by a grant from the Association of Performing Arts Presenters Creative Campus Innovations Grant Program, funded by the Doris Duke Charitable Foundation.

The UK India Year of Culture 2017 will witness multiple programmes to celebrate the legacy of 70 years, including spectacular programs like Shiraz (Remastered) with Anoushka Shankar and ensemble (7 piece band). Indian audience will see Sitar maestro Anoushka Shankar celebrate the majesty of the Taj Mahal with her new score for the BFI remastered 1928 classic ‘Shiraz’. The brainchild of star and producer Himanshu Rai, this remarkable British-Indian-German co-production was shot entirely on location in India and features gorgeous settings and costumes.