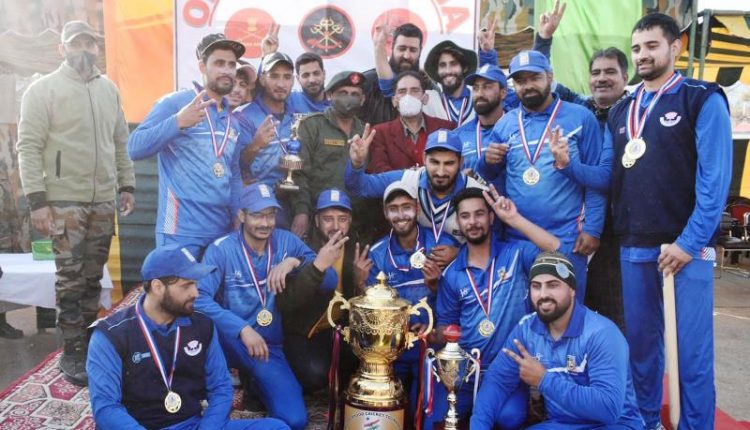 KISHTWAR: To engage the youth of Kishtwar region in a meaningful manner and to explore local sporting talent, Indian Army organised a Cricket Tournament titled ”Brotherhood Cricket Tournament” in the district which concluded today here at Chowgan ground Kishtwar.

The 45-Day long event was inaugurated on 30 October 2021 in which a total of 81 teams took part from the surrounding villages of Kishtwar town besides teams of remote villages.

The youth of the region are highly appreciative of the efforts of the Army for having agreed to sponsor such a mega tournament and have also requested to continue conducting such popular events in future to instill a sense of sportsmanship and competitiveness among the youth.