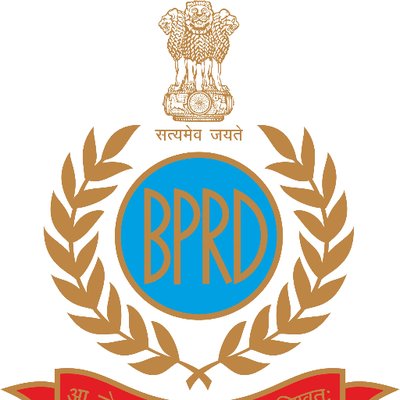 Bureau of Police Research and Development (BPR&D) to celebrate its Golden Jubilee Anniversary on 28th August, 2020

New Delhi: The Bureau of Police Research and Development is celebrating its Golden Jubilee Anniversary tomorrow, i.e., 28th August, 2020. Sh. G Kishan Reddy, MoS Home, has consented to be the Chief Guest and Sh. Ajay Kumar Bhalla, Home Secretary, MHA, will be the Guest of Honour. Due to the Corona pandemic, the function will be conducted on virtual mode. The function will be viewed by the BPR&D Hqrs., its outlying units, States’ Police and CAPFs through the video link provided for this purpose.

The Bureau of Police Research and Development was raised on 28th August, 1970, through a resolution of Ministry of Home Affairs, Government of India, with a mandate to promote excellence in policing, promote speedy and systematic study of police problems, apply science and technology in the method and techniques by the Police. The Bureau was initially started with two Divisions, i.e., Research, Publication & Statistics Division and Development Division. In 1973, the Training Division was added, on the recommendation of the Gore Committee on Police training. In 1995, Correctional Division was started to study the issues of Prisons and Prison Reforms. In 2008, the National Police Mission was added and Development Division was restructured as Modernization Division.

Over the years, the BPR&D has transformed through several additions of responsibilities into the present role. Now, with the raising of a new unit, Central Academy for Police Training at Bhopal, specialized as Centre of Excellence for Police & Correctional Administration, BPR&D has 6 outlying units.

The contribution of the BPR&D to Indian Police has been aptly summed up by Union Home Minister Shri Amit Shah on its 49th Foundation Day, while ushering the Bureau into its 50th year of existence:

(Good policing can not be imagined without BPR&D)

The journey of BPR&D, over the last 5 decades, has been spectacular as it has played a vital role in shaping the Indian Police. It has prepared the Police Forces through its training interventions and capacity building programmes, through research and National Mission projects, through various modernization initiatives to keep the Police Forces in pace with latest change and challenges. In the last 5 years, BPR&D has focussed on capacity building of the police officials and has trained about 55,000 Officers and men.

More Ka-ching with IndiGo when you spend at Netmeds, Avis, AVA store and BeU Salon!