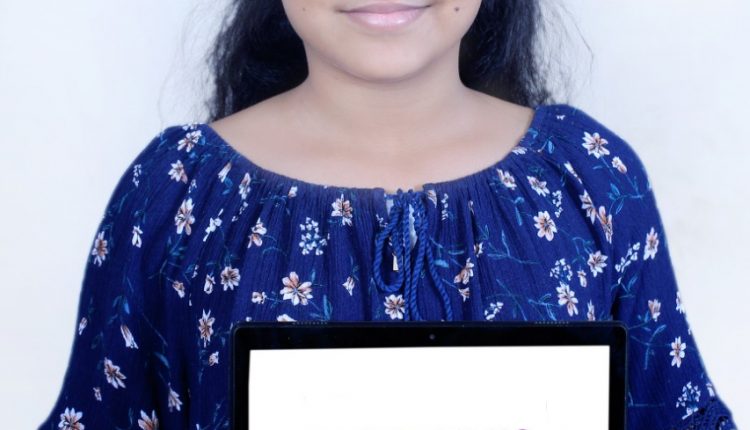 BYJU’S Student, Pratibha Pallai from Odisha develops a prototype of an app for identifying containment zones

Bhubaneswar: A strong believer in technology, 11-year old BYJU’S student Pratibha Pallai has made Odisha proud with her recent invention. She has developed a prototype of an application- based device called the “Corona virus Human Detector System” to help people identify containment zones and prevent the spread of the virus. Developed for a robotics competition ‘Robothon’ last year, the device can also assist specially-abled people by notifying them through a buzzer (visually impaired) and a flashing red light (hearing impaired).
Being always intrigued by robotics and science, Pratibha aims to become a doctor and develop similar applications and devices to revolutionize the future of medicine. This prototype is a perfect example of how technical knowledge if applied well can help officials and communities to map the movement of affected people and flatten the curve. She also expresses her gratitude to BYJU’S for playing an active role in fueling her cognitive development by strengthening her analytical capabilities. Pratibha is also a proud winner of 15 Olympiad Awards.
Bhupesh Pallai, Pratibha’s father, recalls enrolling his child to BYJU’S seeing her interest in online learning. “Ever-since she started learning under the guidance of BYJU’S teachers, we could see a change in her approach towards studies or speaking confidently in public about concepts. We could never see her getting tired of studying due to the app’s effective video storytelling. In fact, we were amazed when she expressed the desire to learn Robotics. We are happy that Pratibha has realized her potential at such an early age and is balancing her study schedule seamlessly on her own”, says Bhupesh.
Vinay MR, Chief Content Officer, BYJU’S, said, “It gives a great sense of pride when we hear BYJU’S benefiting students’ learning journey. As an organization whose focus has always been to make kids fall in love with learning, Pratibha’s achievement encourages us in our spirit to enable students to become self-paced learners. We wish Pratibha all the luck in achieving her unique dreams.”