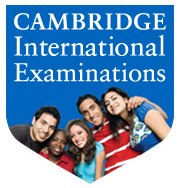 STEM (Science, Technology, Engineering and Mathematics) subjects continued to see a strong rise in popularity. There was a rise in entries for Cambridge IGCSEs in Physics, Additional Mathematics and Chemistry, and in Physics and Chemistry at Cambridge International AS & A Level. Cambridge IGCSE Global Perspectives and Business Studies saw 16 per cent and 29 per cent growth in entries respectively whereas Cambridge International AS & A Level Business saw a 24 per cent growth since 2016.

Ruchira Ghosh, Regional Director for South Asia, Cambridge International Examinations said, “Cambridge focuses on a learner’s development by supporting teachers to deliver effectively in the classroom, so that learners become confident, responsible, reflective, innovative and engaged. These attributes are crucial for success in today’s changing world. The significant growth of our March exam series since its introduction in 2015, in particular for a cross-curricular subject like Global Perspectives that cultivates critical thinking, research, and collaboration skills is testament to the passion for learning shown by Cambridge students across India. I would like to congratulate everyone getting their results today, and thank the teachers and parents who guided them to success.”
Every year, new subjects are made available in the Cambridge March series based on feedback from schools, parents and students. In the 2017 March series, three new subjects were added at Cambridge IGCSE – English as a Second Language, Combined Science, Computer Science – and Information Technology was added at Cambridge International AS & A Level. This maps the trend towards STEM subjects in the March exam series, first introduced in India in 2015 to ensure Cambridge students can meet local college admission deadlines.

Nishant Garodia – Director, Garodia International Centre for Learning said, “The Cambridge curriculum and qualifications are very progressive and help students to learn and acquire the core skills and competencies to meet requirements of universities in India and abroad. In particular, the Cambridge IGCSE and International AS & A Level March examinations series helps those students in India who prefer to apply for admission in local main stream universities, making it a popular choice amongst students and schools.”

Amita Mishra, Principal, DPS International School, New Delhi said, “The introduction of the March series examinations enables this highly respected qualification to be accepted by universities across India in addition to those abroad. I congratulate Cambridge for responding to this India specific need so promptly and take this opportunity to endorse the skills promoted by Cambridge International Examinations.”

With over 400 schools in India, the Cambridge curriculum offers flexibility and choice for learners and schools.